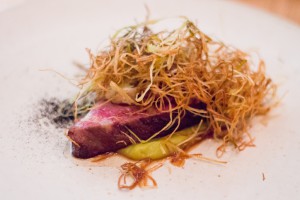 When it comes to sourcing new kitchen appliances at Government House, it’s a case of famine or feast for the Governor-General’s inadvertent and besieged celebrity chef.

Less than week after Government News first revealed that the Cosgrove’s Kitchen Rules shopping list included trendy ubergadget the Thermomix – the utility of which mystified both Senators and the Official Secretary of the Office of the Governor-General, Mark Fraser LVO OAM, during Budget Estimates hearings – it seems generous offers of free appliances are coming thick and fast to Dunrossil Drive.

Take the generous and subtle folk at culinary outfitter Tefal, who put up a Facebook post of their open offer to supply His Excellency Sir Peter, free of charge, a “Cuisine Companion” (which looks suspiciously similar to the German device but is apparently more affordable, easily as good and comes with lots of bits that do lots of, er, stuff).

“We heard about your kitchen upgrade and know how expensive they can be. To help, we would love to contribute our brand new all-in-one kitchen wonder machine . . . free of charge, to help create some of those delicious dishes for your special guests,” the open letter from Tefal to the GG gushes.

An unkind cynic might view the offer of free product as some sort of cheap, opportunistic stunt to cash in on all the unexpected publicity at the mere mention of a Vice Regal Thermomix.

But we’re sure that Tefal’s intentions are pure . . . and they’ve merely offered the toy up in the spirit of saving the Department of Finance some taxpayer dollars.

(In the interests of transparency the Government House tender for commercial thermal mixers also lists the rather fetching Hot Mix Pro from Modena Italy that not only whirrs away at up to 16,000 rpm, achieves temperatures ranging from -24 degrees to 190 degrees Celcius, but is programmable via external computer and is fitted with a memory card slot; now that’s what we call spin.)

Mind you, after a week sweating it out in the media equivalent of hell’s kitchen, the folk at Government House can easily be forgiven for being wary of flustered foodies bearing gifts, especially given the governance and protocol to considerations.

The official line on Tefal’s offer is a cordial thanks, but no thanks.

“Thank you for forwarding the below correspondence,” a spokesperson for Government House said when we relayed the post to them.

“As you will appreciate, as there is currently an open tender for the kitchen equipment, and in any event, it would not be appropriate for Government House to accept any such gifts of equipment from commercial suppliers.”

Government News has offered to mind the $1699 device that Tefal assures us is “great value.” We believe it would be a splendid addition to the Government News Test Kitchen. Other visitors to Facebook have made similar offers.

“Nice gadget… I would find a nice spot for it if Sir Peter can’t,” said one poster in a reply.

“How is it people that can afford these get given one for free and others that can’t suffer. I would kind of be satisfied with a Bellini if I had to but alas that is out of budget as well. How do so many people afford these machines?, says a poster called Donna.

Perhaps a befitting home might be one of the dozens charitable and not for profit organisations listed on the register of Patronages to which Sir Peter and Lady Cosgrove have agreed to undertake.

As a backstory for an item to gavel off at a charity auction, it’s sure to raise an eyebrow or two and few bob.