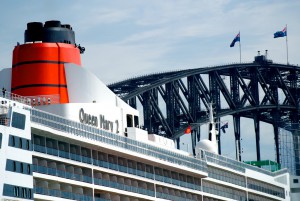 The New South Wales Baird government has named former federal Communications Minister Helen Coonan as the person who will oversee reformed management of Sydney’s prized waterfront land assets after she picked-up the plum job of Chair of the Board of the Sydney Harbour Foreshore Authority (SHFA).

The appointment of the Howard era Cabinet minister comes as the state government sets about developing what it says is a new vision for the Sydney Harbour Foreshore that will be backed by a new interagency committee.

Reforms of the Sydney Harbour Foreshore Authority — which owns and manages key landmarks like The Rocks, Circular Quay and Darling Harbour — have been ongoing after the body attracted controversy under former Labor Finance and Ports Minister Joe Tripodi who wrested many of its powers back into the ministerial domain in 2008.

At the time the move triggered widespread fears of an ad-hoc approach to the management and development of waterfront land prized by developers that would be detrimental to the city as a whole.

Accrding to NSW Finance, Services and Property Minister Dominic Perrottet, the ongoing ‘whole-of-government’ approach to managing Sydney’s foreshore has been reaffirmed, citing the new appointment of Brett Newman, the chief executive of Government Property NSW, to the board of SHFA “to assist and strengthen the Board in its oversight of core SHFA responsibilities relating to property.”

Stepping away from the SHFA is seasoned infrastructure veteran and former bureaucrat Les Wielinga, whose term as chair is up on 30th June. Mr Perrottet said Mr Wielenga had indicated he did not wish to continue in the role.

“The substantial contribution undertaken by Mr Wielinga has been of great value and will be considered in the ongoing work of the Board. We thank him for his efforts,” Mr Perrottet said.

Although spectacular and iconic, the management Sydney Harbour is not without challenges from competing interests.

They include a recent boom in cruise liners entering the port. Although hugely valuable in terms of tourist dollars, a shortage of parking spots for the giant vessels has been causing acrimony in well-heeled waterfront suburbs like Balmain where residents have been relentlessly complaining about exhaust emissions and noise from passenger ships running their heavy oil engines when berthed at the White Bay.

A major cause of that problem is that there is insufficient electrical power available at the site for big vessels to plug into without the need to run their engines.