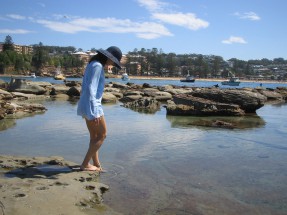 Coastal NSW councils have relaxed their planning controls on short-term rentals to allow people to rent out their homes through social sites like Airbnb and Stayz.

Gosford, Pittwater, Shoalhaven and Kiama Councils – all holiday rental hotspots – have given short-term rentals the go ahead, in stark contrast to many metropolitan Sydney councils that demand planning permission for short-term accommodation.

A Shoalhaven City Council spokesman said the council changed its rules following a 2002 court ruling involving Sutherland Council which banned a man from renting out his Cronulla flat for less than 90 days unless the tenants were family members after Sutherland Council received complaints from neighbours.

The spokesman said that Shoalhaven City Council permitted short-term lets wherever dwellings were allowed which it said, “enabled the long-term practice of holiday rentals to continue without the need for specific consent”.

Despite this relatively chilled attitude, he said the council could still step in and use existing legislation to deal with concerns or complaints about safety, amenity or noise. Such situations could then trigger the requirement to get development consent.

Pittwater Council has been up for short-term rentals since its newly amended Local Environment Plan in June last year. A council spokeswoman said such rentals were permitted anywhere zoned for residential use.

“There has been a positive reaction from people wanting to rent out their homes. We’ve received very few complaints.”

In Gosford, $50 a night gets you a private room for two in a relaxed community house and drumming school or you can pay $800 a night for a 4-bedroom house on Avoca Beach with its own saltwater pool safe in the knowledge that niether you, or your host are breaking the law.

Best of all, if you’re renting out your place in these local council areas you won’t have to fear a huge fine for breaching planning controls like the $1.1 million fine Randwick Council threatened one resident with for running an “unauthorised bed and breakfast” after one of her neighbours complained.

Randwick Council ended up losing the 2014 case after the court ruled that the woman could rent out one of her rooms to short-term guests because her house was still used principally as a “dwelling” and she did not provide food. Were she renting her entire house out the verdict would likely have gone against her.

City of Sydney Council has also had its fair share of problems with short-term renters, particularly regarding noise complaints in apartment blocks, leading to the council winning some court cases and banning the use of apartments in Liverpool St and Sussex St as serviced apartments.

A City of Sydney Council spokesperson said planning permission had to be granted and a development application submitted if somebody wanted to short-term let their apartment or house.

”The desire of property owners to offer short-term rentals needs to be balanced against the reasonable expectations of neighbours for peace, amenity and above all safety,” the spokesperson said.

“The City actively investigates issues of non-approved use, where residential apartments are being used as short-term tourist-style stays, and can issue orders or notices.”

But the spokesperson said that short-term rentals, like those offered by Airbnb, could operate in some places legally if they had planning permission.

It’s a similar situation over in Randwick Council, where a council spokesperson said that short-term lets of whole houses were not allowed without development approval because this was deemed to constitute a change of use from a dwelling to a serviced apartment.

“Should council consider the use of a premises to be unauthorised, council officers would generally issue a notice of intention to serve an order upon the property owner, as it would be considered ‘development without consent’. The fines associated with the order vary depending on the breach,” said the council spokesperson.

But renting out rooms short term was a little different.

“Generally, a homeowner is able to let out a room of their home providing the principal use of the premises remains that of a dwelling, as defined in council’s Local Environmental Plan,” the council spokesperson said.

“State Environmental Planning Policy (Exempt and Complying Development Codes) 2008 allow premises to be used as bed and breakfast without Council consent and this applies across NSW.”

In Waverley – another popular Sydney Airbnb hang out – short term renting is not allowed without prior approval from the council.

“An applicant requires a planning approval and a construction certificate showing compliance with the Building Code of Australia,” said a Waverley Council spokesman.

The spokesman confirmed the council had received complaints about Airbnb stayers but did not say of what nature or how many there were.

“If council receives a complaint about a property being used for short term accommodation without approval, we inspect the property, and the owner is requested to stop using the building illegally. Legal action will then be taken, which can include the issuing of fines, if the illegal use continues,” he said.

Airbnb’s Head of Communications for Australia and New Zealand Dylan Smith said the company was working with local councils and government across the country to allow for home sharing and the response had been positive.

“Airbnb advises hosts to familiarise themselves with locally set regulations, and these can differ from council to council and even street to street, all over the world,” Mr Smith said.

“One of the things that we consistently hear though, from both councils and our community, is that many of the laws are outdated and difficult to interpret, because they were written long before anyone could imagine something as incredible as Airbnb. That’s why we’ve been talking with policy makers about the need for clear, progressive and fair laws that allow for home sharing.”

Airbnb wrote a submission to the NSW government’s planning white paper a couple of years ago which said the current definition of ”tourist and visitor accommodation” was not appropriate for people using Airbnb and argued that if a person rents out their main residence on an occasional, short-term basis, this should not be classed as being for commercial use.

It is an issue that is not going away for councils – or for the hotel industry, which has been a vocal critic of sites like Airbnb. Sydney entered the top ten ranking of cities with the most Airbnb properties earlier this year with 10,000 listings, more than doubling its 2012 listings of 4,000.

Some NSW councils are looking to the state government for advice as council policies struggle to keep up with the dynamic and burgeoning sharing economy.

A spokesperson for the NSW Department of Planning and Environment said that councils had the power to set their own rules about short term letting in their Local Environmental Plans.

“Short term holiday letting of the type advocated by Airbnb can occur under the current planning system without the need to apply for development consent,” said the planning spokesperson.

“However, there may be some instances where short term letting is not permissible as a result of the development consent conditions that apply to particular properties.”