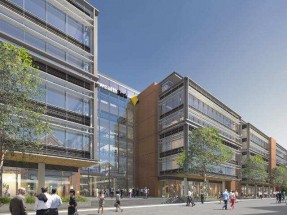 When it comes to Sydney’s overheated property market, even government sellers can get a splitting headache.

The announcement that thousands of Commonwealth Bank (CBA) jobs will soon be moved out of Western Sydney has cast a long shadow over NSW Premier Mike Baird’s bold plans to remake Parramatta as the “dual CBD” of Sydney.

The bank this week confirmed it will move staff from three sites at Parramatta, Sydney Olympic Park (Homebush) and Lidcombe over to the Australian Technology Park (ATP), near Redfern, in four or five years’ time.

But the relocation has primarily been made possible by the state government’s move to sell off the sprawling inner-city ATP site earlier this year.

Ironically the asset disposal that produced a bumper price has come at the cost of small jobs exodus from Sydney’s West, where the NSW government has been feverishly trying to push corporate investment to stimulate employment and the services sector.

During Parramatta’s annual State of the City address in March, Mr Baird – who is also the Minister for Western Sydney – said that in the future Parramatta would be looked to as “the infrastructure capital of the world”.

The Premier has already pledged billions of dollars to Western Sydney, including two new multi-storey schools, a new sports stadium, a light rail network, relocating the Powerhouse Museum, a massive redevelopment of Westmead Hospital and extra trains and ferries from Parramatta to the city.

Also planned, is a $2 billion renewal of the North Parramatta Heritage Precinct, which will include a culture and arts precinct and thousands of new high-rise apartments.

But the big development push hasn’t been enough to dissuade high profile blue-chip tenant CBA from consolidating its operations much closer to the CBD.

It was reported that the Premier, who has championed Western Sydney, tried to encourage the bank to reverse its decision and stay put. There had been hopes that CBA would take offices in the new multi-billion dollar Parramatta Square development.

Dismayed by the CBA’s decision Parramatta City Council went all out to slam the door hard behind the CBA on its way out, voting on on Monday night to investigate closing all of its loan, savings and investment accounts held with the bank and encourage neighbouring councils to do the same.

Former Parramatta Mayor Scott Lloyd, who led the charge to get other councils on board with the boycott, told Fairfax:

But the strong rhetoric is unlikely to do much other than highlight the fact to other prospective occupants that one of Australia’s biggest corporates has simply made a commercial decision and voted with its feet.

The Commonwealth Bank will be the anchor tenant of the ATP, which a Mirvac Group-led consortium recently bought from the State Government, taking 93,000 square metres of floor space on a 15-year lease.

A Commonwealth Bank spokesperson said that while the bank was moving within Sydney  it was “committed to not sending any Australian customer-facing jobs offshore.”

“This is a major milestone for CBA; the size and scale of Australian Technology Park will enable us to house about 10,000 employees in a state-of-the-art workplace – this is more people than we’ve ever been able to accommodate in a single location,” the spokesperson said.

“Our workplace will be built in the heart of a growing technology hub, enabling further collaboration with nearby universities, start-ups, incubators and other innovative companies, supporting the Group’s strategy of driving innovation.

“We have also established a Tech Incubation Fund with our partners to further enable and encourage the use of the ATP precinct as a technology and innovation hub. The fund will subsidise rent for start-ups located at ATP as well as support university programs.”