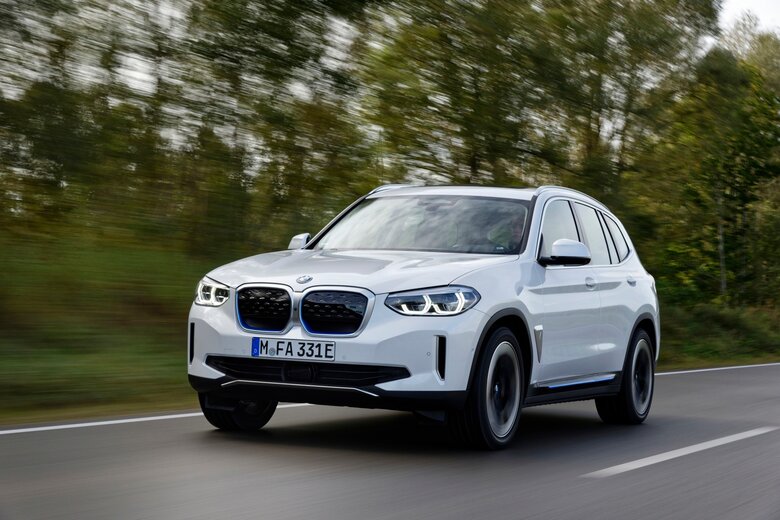 By the end of 2025, BMW aims to deliver around two million fully electric vehicles to customers worldwide.

When the birth of the modern environmental movement was celebrated around the globe on World Earth Day in April, Luxury car maker BMW celebrated by recording exponential sales growth figures for its electrified models.

BMW Group is contributing to the acceleration of the “electromobility revolution” and supporting a more sustainable approach to private transportation globally and here in Australia, with strong commitments at every stage of the vehicle life cycle.

In our opinion, luxury and sustainability go hand in hand. There is no reason why one should be compromised for the other in delivering an exceptional driving experience.

The company is actively pursuing clear targets to produce the greenest electric vehicle fleet in the world and has well established plans to dramatically reduce its emissions and impact on the planet, with initiatives involving every step along the supply chain, from products to services, production and culture.

With consistent sustainability milestones set, BMW Group aims to have a climate-neutral business model spanning the entire value chain by 2050.

Since 2021 the company has been sourcing solar-produced aluminium, and it reduced consumption of water, waste and solvents by 45 per cent between 2006 – 2020.

Utilising closed water cycles and wastewater-free processes worldwide has made it possible to reduce the volume of wastewater from vehicle production by around 45 per cent since 2006.

Manufacturing at the Austrian engine plant Steyr has been 100 per cent wastewater free since 2009.

BMW Group also has an objective to utilise raw materials more efficiently. This includes looking to close the material circle further by increasing the percentage of secondary material on its vehicles, which will significantly lower CO2 emissions compared with using primary materials.

The car company now recycles 760,000 tonnes of waste a year and uses recycled materials in 30 per cent of BMW Group vehicles.

Procedures are also in place to address the problem of what happens to high voltage batteries at the end of their lifetime. BMW now repurposes the batteries as storage devices at a renewable energy plant. When batteries are finally retired, they are stripped of materials for reuse.

Read more here about how BMW is becoming the greenest car brand in the world.

The BMW Group is complementing its sustainability and C02 emissions reduction plans with an aggressive new electric model rollout.

One of its key goals is to have 25 electrified models in its product range by the end of next year, with 12 of these models to be fully electric.

Also in 2023, the company will have at least one fully-electric model on the roads in about 90 per cent of its current market segments. Over the next

decade or so, the BMW Group plans to release a total of about 10 million fully-electric vehicles onto the roads.

MINI will be the first BMW Group brand to go exclusively fully electric by 2030, while Rolls-Royce will also offer a fully electric portfolio the same year. In addition, all future new models from BMW Motorrad in the field of urban mobility will also be fully electric, with the first of the new generation represented by the CE04 scooter, which arrives in Australia in Q1, 2022.

In the shorter term, the BMW Group will expand its electrified product line-up to include fully-electric versions of the BMW 7 Series and BMW X1 over the next year. The BMW 5 Series will be added to the electric portfolio in 2023.

The announcement last month of the first-ever BMW i7 flagship sedan for the Australian market means that by the end of this year BMW Group Australia will offer 11 electrified models, which is among the most of any manufacturer represented in the country.

Moreover, when the i7 arrives later this year, it will be the fourth fully electric BMW model to launch in Australia in 12 months following the iX3, iX and i4.

By the end of 2025, BMW Group aims to deliver around two million fully electric vehicles to customers worldwide.

“The success of the BMW Group has always been based on long-term thinking and responsible action. The company set the course for the future at an early stage and consistently makes sustainability and efficient resource management central to its strategic direction, from the supply chain through production to the end of the use phase of all products.” (Breakout quote)

Ultimately, BMW believes drivers should have the choice between different drive technologies – combustion engine, plug-in hybrid or fully electric – without having to compromise on performance or design.

That’s why the company is pursuing a product strategy that gives customers the choice between different drive technologies – combustion engine, plug-in

hybrid or fully electric – without having to compromise on performance or design.