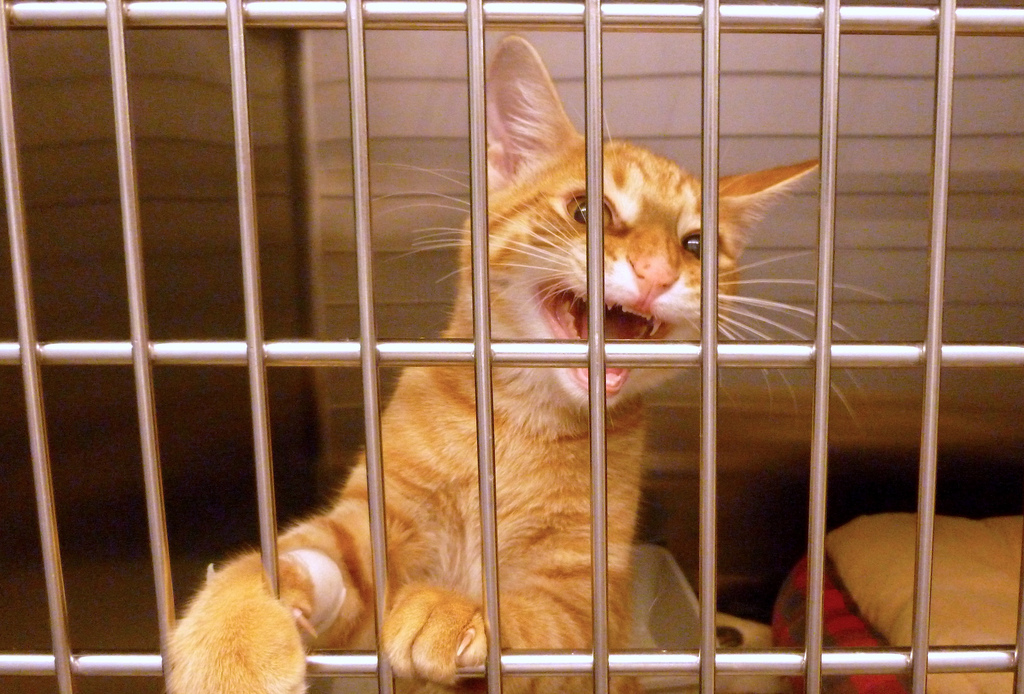 Cat owners in another Canberra suburb have been told to confine their furry charges indoors around the clock in order to halt their killing sprees.

Throsby, a newly created suburb, is the latest area declared off limits to felines because it is sandwiched between bushland and a nature park.

Cat containment was introduced in 2005 and Throsby joins ten other Canberran suburbs in implementing it: Bonner, Coombs, Crace, Denman Prospect, Forde, Lawson, Molonglo, Moncrieff, The Fair (North Watson) and Wright. Jacka is the next suburb to be added in January 2017.

TheACT government is also exploring the option of declaring the whole of Canberra a no-go zone for roaming cats, after calls from conservation groups.

Minister for Territory and Municipal Services Shane Rattenbury said Throsby should become a cat containment suburb to protect endangered species and precious native habitat within the surrounding nature park and create corridors of vegetation connecting to the reserve.

“Domestic cats, as natural predators, pose a serious threat to this wildlife, with an ACT study showing cats were responsible for hunting day and night and killing a variety of species of birds and animals,” Mr Rattenbury said.

“Cat owners in Throsby will need to ensure their cats are confined to the premises at all times. This can be easily achieved by keeping cats inside the house or creating a purpose built enclosure.

“We are lucky to live in a city where we can enjoy close proximity to the bush and nature reserves but with that comes a responsibility to protect our native species and the diverse range of wildlife we have in our region.”

He said Throsby abutted Mulligans Flat and Goorooyarroo Nature Reserves, which were two of ACT’s most diverse nature reserves.

The reserves have grassland, woodland and forest, habitats that support many native plants and animals such as the eastern bettong, bush stone-curlew and one of the largest stands of yellow box, Blackly’s red gum woodland, left in Australia.

The ACT government hopes that people moving into Throsby will do so with advanced knowledge that if they’ve got cats then they must obey the lockdown.

The penalty for transgressing moggies is possible seizure by a ranger and an infringement notice issued to the cat’s keeper or carer.

“It is especially important that we declare the area as a cat containment suburb early so that residents are aware of the environmental considerations and enclosure requirements prior to moving in to the suburb,” Mr Rattenbury said.