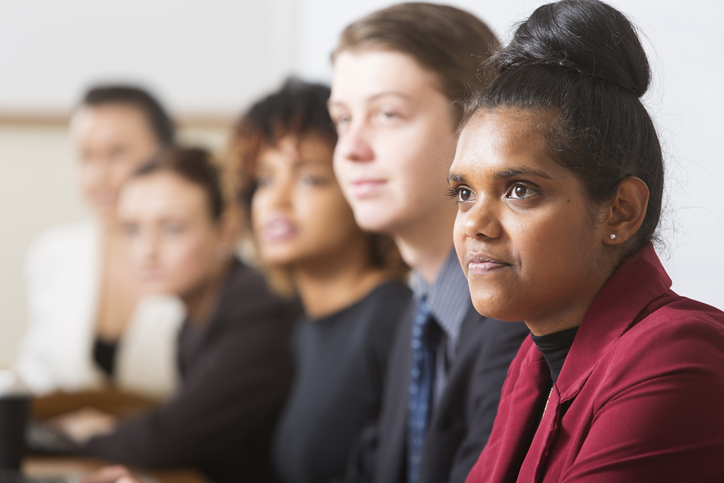 A submission to the APS review says Indigenous values and worldviews are not reflected in APS legislation.

There are calls to introduce reforms to ‘Indigenise’ the Australian Public Service through a cultural and employment reset ahead of the final recommendations of a year-long review of the APS.

In a submission to the APS Review, which is expected to be handed down in a matter of weeks by review panel chair David Thodey, a public sector think tank urges the government to amend the laws governing the APS to better reflect Indigenous culture and help it attract and retain more Indigenous employees.

The submissions from the Australian New Zealand School of Government (ANZSOG) calls for amendments to the Public Service Act 1999 to incorporate First People’s knowledge, values and culture into APS values, principles, employment principles and the responsibilities of seniors.

“Distinctly Indigenous values and worldviews are not necessarily reflected in the Act or embodied by the APS, both of which are rooted in the Western Westminster tradition,” the submission says.

The submissions come just months after data revealed the APS is 0.1 per cent off reaching its Indigenous employment target and after the APS Review panel identified a reset of the APS’ relationship with Indigenous peoples as a priority for change.

The submission argues that amendments to the act will help to initiate broader cultural change in the APS and help ‘reset’ the relationship between the APS and Indigenous Australians.

“One way to do this is to examine how the APS can benefit from incorporating Indigenous perspectives and approaches into its core values and ways of working,” the submission says.

The shake-up would see five key changes to the act made in consultation with the community, with the first being a recognition of Indigenous peoples their relationship with the APS.

The submission also recommends the addition of the value of ‘relationality’ to APS values to recognise the two-way relationship with Indigenous peoples.

The paper also calls for work to be undertaken with Indigenous communities to develop a new set of APS principles consistent with the Indigenous worldview.

Draft Indigenous representation clauses should also be developed, the paper argues, and tested with communities. But ensuring more Indigenous employees, particularly at senior levels, is crucial to shifting the values and approaches of the APS, the paper argues.

Finally, the submissions argue the APS Review Panel should consider introducing sub-clauses to articulate the responsibilities of the Commissioner, Secretaries and Agency Heads to Indigenous people.

As part of the submissions, ANZSOG consulted widely with the Indigenous community and public servants and developed recommendations on ways to improve the APS’ ability to work with Indigenous Australians.

Among these recommendations were a call to devolve power, co-design and co-create policies and services, build relationships with communities outside of projects and have all agencies develop cultural competency strategies.

All agencies should also develop targets for Indigenous representation and strategies for recruitment and retention and make senior staff accountable for this in performance agreements, the recommendations say.

The findings of the APS review are due mid-year.