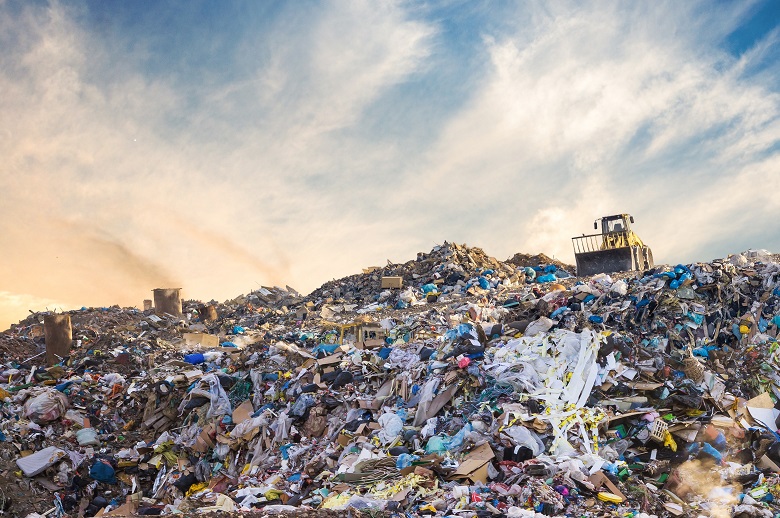 A parliamentary report wants to wind down Victoria's landfills by banning municipal waste.

A Victorian Parliamentary report says all kerbside waste should be banished from landfill by 2030.

The final report of the Legislative Council Environment and Planning Committee’s Inquiry into recycling and waste management recommends that the state government set a ten-year target for zero council-collected waste going to landfill.

The Committee says there are currently 72 landfills in Victoria, down from 160 in 2001-02, but there is an opportunity to wind this down further through a ban on residential waste.

“(The committee recommends) that the Victorian Government set a target of zero municipal residual waste being sent to landfill in Victoria by 2030.

Its report, handed down last week, says in 2016-17 about 4.25 million tonnes of waste were sent to landfills in Victoria and 8.62 million tonnes were recovered for recycling.

Municipal waste accounts for about 23 per cent of Victoria’s waste, with about 40 per cent recycled in 2016-17.

“The Committee believes that a legislated target with an appropriate time frame is important,” the committee recommends.

“Such a target would give industry, all levels of government, and the community adequate notice of the Government’s intention to cease the consignment of residual waste to landfill.”

However the Municipal Association of Victoria said a ban would be irresponsible without state and federal policy leadership and investment, and would potentially result in more stockpiling.

“A mandated ban on municipal waste being sent to landfill would only make sense if there are adequate alternatives for recovery and treatment or disposal of the material. Currently there is not.

“A landfill ban without this policy leadership and investment would be irresponsible.”

“We urge the government to release and implement their circular economy policy as a matter of priority, which should outline their position on waste to energy, procurement of recycle content and research and development to stimulate innovation,” President Lambros Tapinos told Government News.

Waste and resource recovery as an essential service

The report also calls for waste and resource recovery to be declared an essential service, joining the electricity, gas, water and rail industries.

Under state laws essential services are those provided by the government that could endanger public health and safety if disrupted, and they are protected against interruption such as unregulated strikes.

The Essential Services Commissioner is currently considering whether the waste and resource recovery sector should be regulated as an essential service and is expected to advise the government on this shortly.

However,  “the evidence received by the Committee about the importance of regulation in the industry suggests that further measures should be taken to ensure the industry is regulated in a way that benefits all Victorians,” the committee says.

The report found Victoria had its head in the sand when it came to recognising the implications of the China Sword policy, which restricted the import of recycled materials to China from 2018.

“Despite clear warning signs from 2011, the Victorian Government and its agencies manifestly failed to heed the warnings of China’s changing policy environment.

All levels of government were ill-prepared for the impact of the policy and despite warning signs continued to rely on services, such as the now defunct SKM recycling operation, that sent waste overseas for processing.

The Victorian government failed to take oversight of recycling and waste management system, the committee found, and the collapse of SKM has resulted in increased recycling costs for councils and more recycling being sent to landfill.

“Despite clear warning signs from 2011, the Victorian Government and its agencies manifestly failed to heed the warnings of China’s changing policy environment … and did not prepare its stakeholders, the recycling and resource recovery industry nor local councils in Victoria for the impact of the China National Sword Policy,” the report finds.

Leading up to the  National Sword policy Victoria’s total rate of resource recovery was the second highest in Australia, the report says.

The collapse of SKM and the recycling market as a result of China’s National Sword policy has seen a substantial increase in the number of councils that have had to send their recyclable collections to landfill.

The committee says data isn’t yet available for the time preceding the China Sword policy, so it was unable to make definitive statements about its impact on recycling rates in Victoria.

“However, the collapse of SKM and the recycling market as a result of China’s National Sword policy has seen a substantial increase in the number of councils that have had to send their recyclable collections to landfill, as they currently have no other options,” the committee says.

“This has led to a loss of community trust in the councils and the recycling industry. There is also a significant financial cost”.

4 thoughts on “Call for ban on municipal landfill by 2030”