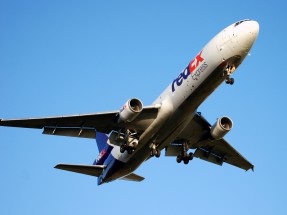 Industrial action including a 24 hour strike at Australian airports by unionised Department of Immigration and Border Protection (DIBP) officers planned for next Monday is at risk of escalating dramatically to hit Christmas cargo shipments and mail.

Members and representatives of the Community and Public Sector Union within DIBP are understood to be furious over a notification by the department that it will dock full day’s pay irrespective of the actual length of any work ban.

Although the move to deduct a full day’s pay for shorter work bans is legally available to departments, the response is at the upper end of the scale and could close off options for proportionally incremental responses.

A major risk in hitting staff will full day penalties is that it could elicit a response in kind by unions, especially in areas where partial work bans were used to limit disruption.

Immigration and Border Protection late on Friday advised that it was issuing “no work no pay” notices to all of its employees participating in protected industrial action.

“The Department has advised staff that only employees who are prepared to undertake all of their duties will be paid for work on days where the work ban is in place,” DIBP said in a lengthy statement.

“Employees who choose to participate in a work ban will have a full day’s pay deducted, regardless of the length of time they participate. This response action is available to the Department under the Fair Work Act.”

National Secretary of the CPSU Nadine Flood immediately slammed the full day pay docking as “a new and nasty escalation of this growing dispute.”

“Our members concerns are with Government continuing to require cuts to take home pay, rights and conditions, not with when the Department will tell us that is the case   we already know it.”

Although the risk of disruptions to post and cargo processing in the lead-up to Christmas is real, just what may be hit is so far unclear.

“The actions as proposed have the potential to impact cargo and mail clearance in the lead-up to Christmas when the volume of activity at the border and community expectations about prompt and efficient border management are highest,” DIBP said in its statement.

Australia Post is taking the issue seriously, with a spokesperson saying it “will work closely with Border Force to understand any impacts that may affect deliveries so we can take appropriate action.”

“If customers have any concerns about their mail delivery, we recommend they call the Australia Post Customer Contact Centre on 13 13 18.”

The Department has also accused the CPSU of ratcheting-up industrial action ahead of a revised offer to staff that it says is coming soon.

But patience is wearing thin and the CPSU set out the next round of actions in its campaign late last week.

“This escalation comes at a time when the Government has only just announced changes to the bargaining policy and the Department is working quickly to prepare an improved offer to take back to negotiations for a new Enterprise Agreement (EA),” DIBP said.

While the DIBP is conspicuously talking-up the threat of disruption, the CPSU so far appears disinclined to get into a public shouting match of threats outside and its core on around the preservation of conditions and take-home pay.

Workplace tensions over bargaining in DIBP have remained particularly high because some former Customs officers could lose as much $8000 a year in take home pay because of agency mergers.

The latest bid by DIBP management to check union influence is likely to be viewed as deliberately provocative and comes as public service bargaining talks approach crunch time.

The swift escalation of the industrial row at DIBP also sits in stark contrast to a wider move by the Turnbull government to reset stalled talks by lifting the ceiling on pay rises from 1.5 per cent to 2.0 per cent and widening the definition of productivity increases beyond that of simple labour cost savings like increased working hours.

A major issue for both the Department of Immigration and Border Protection and its staff is that many positions – like police and other security services   are necessarily shift based around a 24 hours-a-day roster, with a highly changeable workflow.

Since the creation of the new DIBP and the importation of the high profile “Border Force” concept from the Britain, there has been a concerted push to recast its workplace culture by both the government and its chief Mike Pezzullo.

Although changes to workplace conditions at the new DIBP were initially slated to come in through the machinery of government changes that created DIBP and Border Force they were subsequently rolled into the re-negotiation of a new Enterprise Agreement that is the current flashpoint.

Staff have also been told that the industrial action could result in them being recalled from holidays and that previously lodged leave applications may be cancelled.

Staff who don’t turn up to work during periods of protected industrial action will automatically be regarded as having walked off the job and have their pay docked.

“Where an employee has not notified their supervisor of the reasons for their absence, the Department will assume that the employee is absent from duty for the purpose of taking part in PIA and will arrange for the employee’s pay to be varied accordingly,” DIBP said.