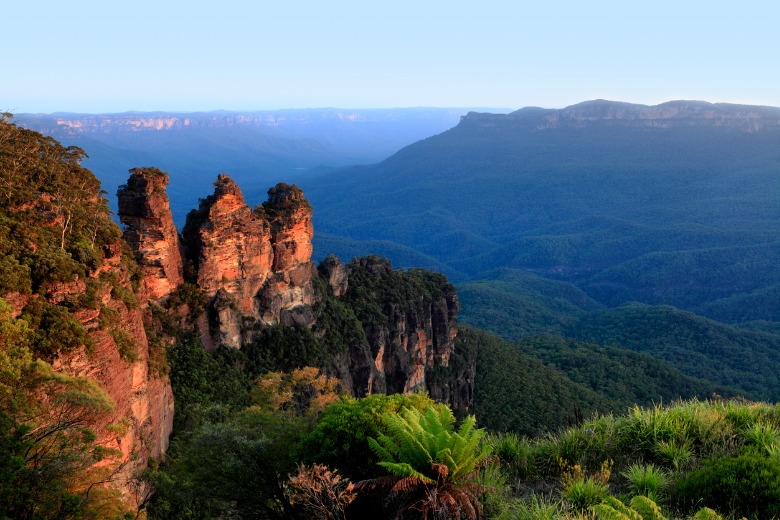 The only parking metres in the Blue Mountians are at Echo Point, but that could change.

Blue mountains has suffered more than $400 million worth of infrastructure damage since the beginning of the year, Mayor Mark Greenhill says, with the latest heavy rainfall resulting in more damage.

“At the moment we have landslips and landslides across the Blue Mountains from one end to the other,” Cr Greenhill told Government News last Friday.

“We have localised flooding, we have trees down and we have massive damage to roads and drainage networks. That’s compounded by significant damage from events at the beginning of the year.”

The repair bill will come to the hundreds of millions, he says, and council is going to have to find the money somewhere without hitting the city’s already beleaguered rate payers.

“Our annual income as a council excluding grants is about $90 million, so gives you an idea of the scale,” Cr Greenhill said. “And that’s spent on running the city.”

Cr Greenhill says he’s set up a revenue taskforce to look at ways of raising money and one of the options on the table is to monetise visitation.

At present, the only parking metres in the Blue Mountains are at Echo Point in Katoomba, so Council is considering extending parking fees for the LGA’s 5 million annual visitors.

Cr Greenhill says Council doesn’t want to hit residents, who already pay high rates on account of the LGA having a relatively sparse population of 77,000 spread across more than 1,400 kilometres, without major industrial estates or high rise developments.

“We’ve got huge visitation and we don’t charge, so we might try for small contribution,” Cr Greenhill told GN.

“There may be a way that we might exempt our residents, local businesses and employees, but if you’re a visitor you might pay $2 to park. Something like that would go a long way.”

Recent weather events had shown that climate is having an impact, Cr Greenhill said, and the solution was not focusing on just rebuilding, but on a total redesign of the city’s infrastructure, including flood resistant roads and new drainage networks.

“Because we’re 1000m in the air you don’t build roads to be submerged,” Cr Greenhill said. “The road surfaces just aren’t designed in the same way as in a flood valley.

“We used to say when we had bushfires ‘at least we won’t get floods’. Well now we do.”