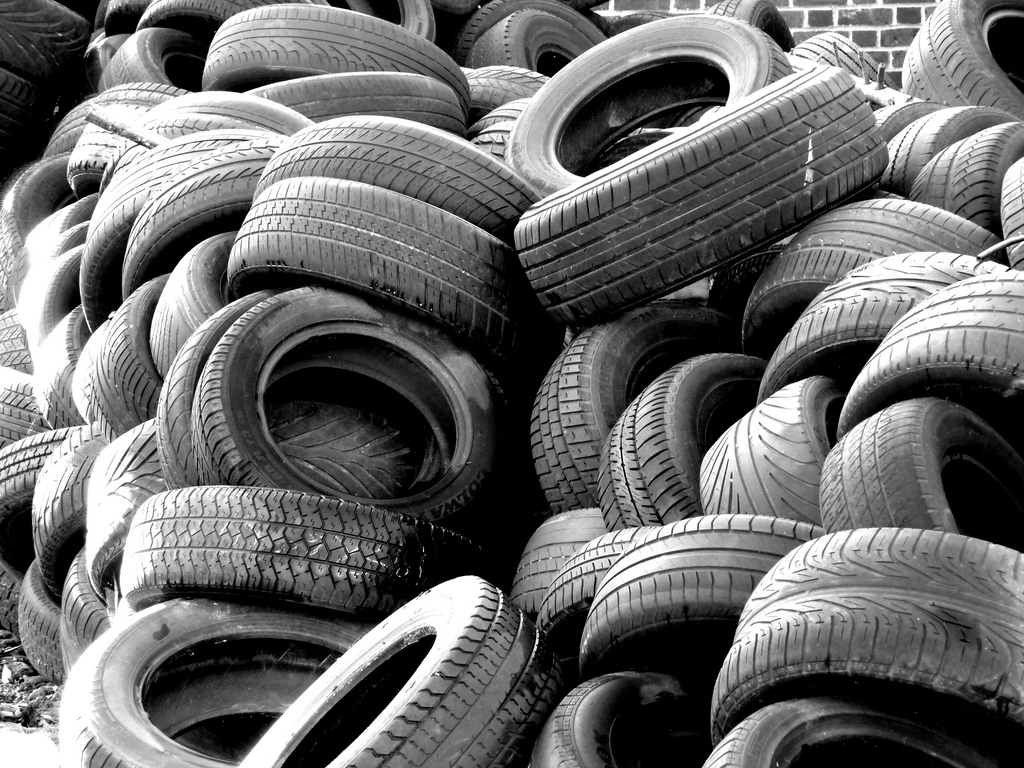 The EPA’s Director of Waste and Resource Recovery Steve Beaman said that by early 2015 local governments would be able to use a smartphone or tablet app that could catch tyre retailers, waste transport companies, builders and removalists who illegally dumped tyres or asbestos: both of which are hugely problematic and costly for councils.

The app works by scanning a barcode attached to an old tyre or a plastic-wrapped piece of asbestos. The barcode contains information such as the size or weight of the material, who it has been given to, and when and where it is going to be dumped.

These details are conveyed centrally to the Environmental Protection Authority and relayed to the councils concerned. Once a tyre or quantity of asbestos has been delivered to a landfill site its barcode is scanned again, if the tyre or asbestos doesn’t make it that far the system is alerted.

Mr Beaman said the EPA had already busted several Western Sydney warehouses where dodgy contractors were getting rid of tyres for $1 a-piece, compared with the usual rate of $2.50 per tyre. He said unscrupulous contractors had stopped dumping so obviously but were instead posing as tyre recyclers and simply storing them.

“This online tracking system is going to make it harder for rogue operators and easier for tyre retailers to prove their compliance,” Mr Beaman said. “It works like a parcel tracking system in reverse: we’re tracking it back through the supply chain to landfill. Any tyres that don’t make it: we know.”

Random inspections of tyre retailers were already carried out regularly and new legislation would make it mandatory for retailers to stick barcodes onto old tyres.

“We’ll look for them in the system…because they’ve got to be giving their tyres to someone. It’s the reverse onus of proof: they have to demonstrate due diligence with documentation.”

He said large tyre companies were behind the scheme because it made it easier for them to manage their franchises. The barcodes can also be used to track the disposal of asbestos, another major headache for local councils because it is so ubiquitous. Around one-third of NSW households have asbestos somewhere in their structure.

Legislation demands that more than 10sq m of asbestos must be removed only by a WorkCover-approved removalist. Mr Beaman said WorkCover contractors would be legally bound to tag asbestos with a barcode so that it could be tracked.

The EPA is also offering an incentive to help householders and DIY enthusiasts safely remove smaller amounts of asbestos under the trial Householders Asbestos Disposal Scheme, which runs for 12 months until July 2015.

Twenty-three councils have received grants to offset collection and transport costs for small residential amounts of asbestos waste, including an EPA incentive payment of $50 per tonne of asbestos.

Mr Beaman said the EPA would be more likely to prosecute repeat offenders and people dumping large quantities, while local councils would deal with minor offenders. Smartphones will also be at the vanguard of encouraging the public to dob in an illegal dumper.

Sharp-eyed NSW residents will soon be able to email photographs of illegally dumped rubbish from their phones and built-in geospatial technology can pinpoint the location of the rubbish for a local council to collect.

Mr Beaman said councils had raised the problem of illegal dumping in a 2012 KPMG survey but they were unable to identify the scale of the problem.

“We (currently) don’t have really good information on illegal dumping because we don’t have a state-wide database and this has been one of the greatest challenges for us and for local councils,” he said.

The smartphone app could mean that councils can finally begin to build up a comprehensive picture of illegal dumping patterns by collecting and analysing data showing illegal dumping hotspots. Targetting these hotspots with barriers, signs, CCTV or patrols will also become much easier to do.

“This is about using technology to make our compliance work easier. We’re making it harder to operate illegally,” Mr Beaman said.

He anticipated take up would be good as smartphones with cameras were so widely used.

“The public really want an opportunity to participate, rather than just ringing… but there need to be proper checks and balances around it so it’s not vexatious.”

A smartphone app in Victoria already allows members of the public to report motorists who dump rubbish as they travel. The app shows the location of the dumping alongside the make and owner of the vehicle.

Steve Beaman will speak about digital tools and waste management at the Australasian Waste and Recycling Expo at Sydney Showgrounds on October 9 and 10.