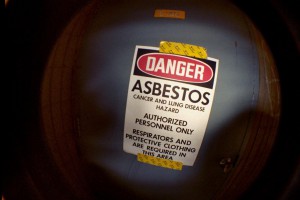 The name Mr Fluffy has for decades sent a shiver down the spines of Canberra homeowners and their neighbours where the painstaking clean-up for the loose fill asbestos scandal is set to cost around a billion dollars.

Now New South Wales residents stuck with properties contaminated by the infamous loose fill asbestos business will finally be able to access state government financial help to safely rid their properties of the deadly fibre that’s so dangerous that houses insulated with it must be demolished by men in moonsuits.

The NSW Government has announced a voluntary purchase and demolition program for all NSW residential property owners with positive results for loose-fill asbestos insulation, similar to the one already operating in the ACT.

The move is in response to the findings of the Loose Fill Asbestos Insulation Taskforce headed by former Deputy Commissioner Dave Owens, which has now submitted its Final Report to the NSW government.

Minister for Finance, Services and Property, Dominic Perrottet said the Baird government had considered the report and accepted all of the Taskforce’s 13 recommendations. “Ensuring the health and safety of NSW residents is our top priority,” Mr Perrottet said. “This package will provide safety, certainty and support for our citizens and an enduring solution to the problem of loose-fill asbestos insulation.”

Mr Perrottet said the Government would now establish a new Loose-Fill Asbestos Implementation (LFAI) taskforce to oversee and implement the program, supported by a number of legislative changes. These will include establishing a public register of affected properties, introducing mandatory hazard labelling and identifying affected properties on planning certificates.

“NSW Fair Trading will establish and oversee the taskforce, which will be able to scale up or down depending on the number of properties identified in NSW,” said Mr Perrottet. “At this stage, 66 properties have been positively identified in NSW – 57 from historical records and 9 from sample testing.” There are 56 in Queanbeyan, where residents affected by the Mr Fluffy insulation had ranged a long and vocal battle to be treated the same as affected residents across the border in the ACT.

He said the taskforce will be in place until all properties registered by 1 August 2016 have been demolished and the soil remediated under the scheme.