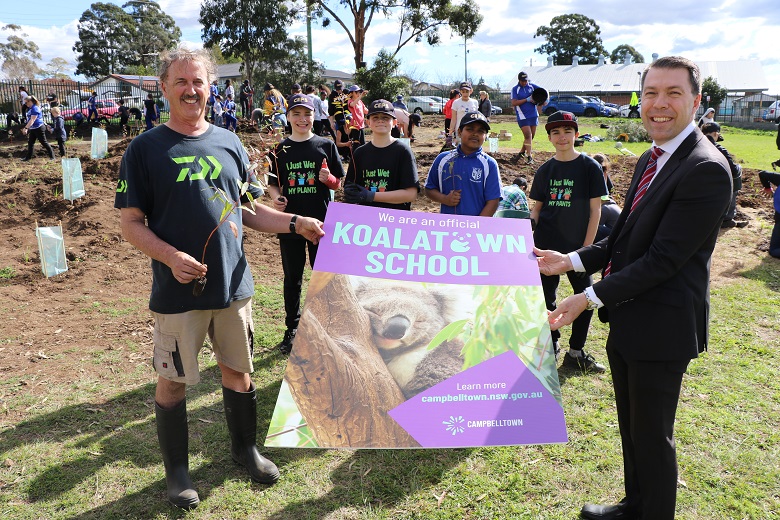 Initiatives to protect koalas, an online entertainment hub showcasing local artists and performers and a campaign to give teddy bears to honourable residents have all been honoured at this year’s NSW Local Government Week Awards.

The awards recognised the outstanding achievement by councils on behalf of their local communities.

LGNSW President Linda Scott said the awards highlight the services and support that councils are committed to providing, even under the most difficult circumstances.

“It’s especially remarkable when you consider the added pressures that COVID-19 lockdown and restrictions have placed on communities and their councils,” she said in a statement.

“The broad range of winners and highly commended councils, along with the broad range of projects being honoured at this year’s awards, highlights once again just how clever and innovative local government is, as well as the width and breadth of our sector’s involvement in the community.

“NSW councils have a history of punching well above their weight and making every local dollar count, as these awards ably demonstrate.”

“The broad range of winners and highly commended councils…highlights once again just how clever and innovative local government is.” – LGNSW President Linda Scott

Bega Valley Shire Council took out three awards, including an award for Excellence in Communication for its communication strategy regarding the Black Summer Bushfires, another award for Innovation in Special Events for its Cuppa and Chat Bushfire Recovery Event Series.

The council also took out the Culture Change Innovation and Excellence Award for its Aboriginal Cultural Heritage Landscape Map.

The judges believed the project could be adopted by other councils.

“Through this project, the council sought to improve the protection of land with cultural significance to local Aboriginal people and the broader community, and effectively engaged a section of the community that hasn’t been traditionally involved in the planning system,” they said in their comments.

“NSW councils have a history of punching well above their weight and making every local dollar count.” – LGNSW President Linda Scott

City of Canterbury-Bankstown Council took home a gong for CBTV, an online entertainment hub with several channels showcasing local artists and performers for residents to tune into.

Camden Council took home an award for its #camdenlove campaign, which encouraged residents to nominate people who have shown love and commitment to the Camden community to receive a limited-edition collectable bear.

Campbelltown City Council’s efforts in raising awareness of the need to support the conservation of koalas through its Koalatown initiative was also recognised with an award.

Since its launch over a year ago, more than 1,000 residents have signed up to be part of the program.

Mayor George Brticevic said the community’s response to Koalatown has been “fantastic”.

“Campbelltown is home to a healthy, disease-free and thriving colony of koalas and we’re committed to ensuring their survival and growth,” he said in a statement.

“Koalatown has not only raised awareness in the community, it has brought Council, scientific experts and wildlife carers together to study our koalas and take meaningful actions that will ensure their survival into the future.”