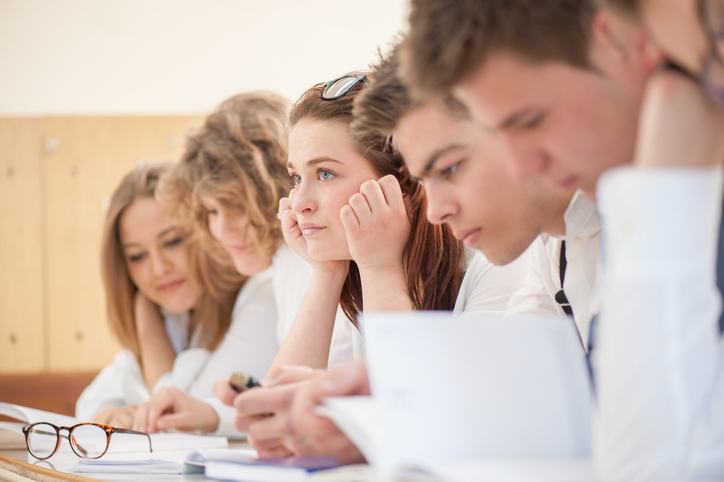 The performance of Australia’s 15-year-olds has dropped significantly since 2000 in reading, maths and science.

One in five Australian students are unable to meet international minimum academic standards, according to a global assessment by the OECD.

The findings from the Programme for International Student Assessment (PISA) found that the performance of Australia’s 15-year-olds has dropped significantly since 2000 in reading, maths and science.

PISA is an international two-hour test run by the Organisation for Economic Co-operation and Development.

It is used to determine how well 15-year-old students in randomly selected high schools across all 36 OECD countries, and 43 other countries or economies, can apply reading, maths and science to real-life situations.

However, mean performance in reading has been steadily declining over a longer period since 2000, with more rapid declines seen amongst the country’s lowest-achieving students.

Performance in mathematics has been declining since 2003, and a decline in science has been observed since 2012.

However, compared to the OECD average, students in Australia still score higher in reading and science, but not significantly differently in mathematics.

The findings show that one in five Australian students cannot meet the international minimum academic standards.

Dr Fiona Mueller, Director of the Education Program at The Centre for Independent Studies, said the results show the need for policymakers at the state and territory level to make better decisions surrounding how and what is being taught.

“The critical next steps are to analyse which policies have not served Australian students well — from Kindergarten right through to Year 12 — and to think very carefully about how we go about addressing the problems,” she said in a statement.

“Much of the evidence has been available for a long time. But there has been little or no decisive action where it matters.”

Minister for Education Dan Tehan said the results are very disappointing and that alarm bells should be ringing.

He called on state and territory education ministers to take action.

“We have a clear roadmap to implement the reforms that will improve student outcomes and we should be bold and decisive,” he said in a statement.

“Our school systems also need to de-clutter their curriculums and get back to basics.”

But Shadow Minister for Education and Training Tanya Plibersek says it’s a national problem and that incentives need to attract the best talent into the teaching profession.

“What we see is, year after year, universities are dropping entry standards into teaching degrees.

“We need to work with the universities to make sure we are attracting our best and brightest into teaching degrees, but then we also need to make sure our experienced teachers stay in the classroom.”