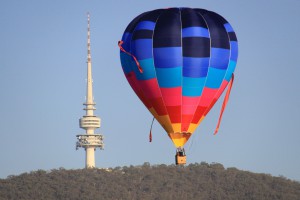 Australian Public Service Commissioner John Lloyd has laid out a challenge to younger public servants now rising through the ranks to overcome a culture of risk aversion, inertia and criticism and seize the reins of public sector reform.

The frank call to action by the so-called ‘bureaucrat of bureaucrats’ came in the form of a keynote address to graduates of the Queensland University of Technology Business School’s Public Sector Management Program, a cohort that Mr Lloyd sees as the natural successors to ageing APS leadership heading for the exits over the next decade.

It’s a clear sign that after a period of sustained job cuts and agency rationalisation, the Abbott government’s public sector point man wants younger, tougher and more ambitious talent in the top seats to prosecute a change agenda that will catapult the public sector into the digital age.

Whether risk averse ministers share his passion remains to be seen. Notwithstanding, for resilient managers willing to step-up, Lloyd insists the jobs will be there for the taking.

“It is an exciting time to plan your future career in the public sector,” Mr Lloyd said. “In the next decade around 50 per cent of current Senior Executives will be eligible to retire.”

“This represents a significant ‘changing of the guard’… I hope many of you will consider taking up the challenging roles as the next generation of government leaders.”

A key focus of the Commissioner – who has the unpopular task of supervising enterprise bargaining negotiations that are now bogged down in widespread disputes – is that community expectations of government are increasing and changing like never before. 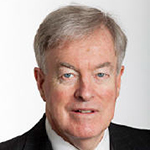 While a big part of that momentum has been driven by disruptive innovations in the commercial world like online transactions, the message for the next generation of public servants is not to lose focus on the role of government as a whole.

“I look for a proven capacity to see the big picture, to see the links to other policy areas and to embrace change that advances policy objectives both in your own subject matter and beyond,” Mr Lloyd said.

He also implored incoming mandarins not to be afraid to step-up and make a decisive and timely judgement calls – rather than trying to please everyone for the sake of keeping the peace.

“Consultation is often required but this can be overdone. At times we have to be aware that we have to make decisions and get on with it. This may mean that not everyone agrees with a proposed course of action. Too often inertia in the interests of seeking agreement is worse,” Mr Lloyd said.

Public service dysfunction is also in the crosshairs of the APSC chief.

Mr Lloyd said he was now looking for people who could address dysfunction in a team or group.

“Many agencies run into trouble when we are aware of dysfunction or poor performance and it is left to be addressed at a later date. It is our responsibility to make things work,” he said.

Resilience, or being able to stick with “an idea, plan or policy through to a conclusion” is also high on the agenda for future public service leaders.

Mr Lloyd said he was looking for “someone who is not easily deterred by criticism.”

“Someone who is capable of telling decision makers that there may be better ways of doing things.”

In terms of the future direction of the public service, Mr Lloyd made it plain that Australians now expected “government services that are delivered online, reflect individual circumstances, and are provided by the best and cheapest provider.”

This was what the community “have become accustomed to when dealing with business,” he said.

“Almost every week we are introduced to new ways of doing things. The changes are pervasive and affect numerous aspects of our existence. We have seen transformational changes in things like supermarkets, travel, communications and health care. Much of this is driven by new digital technology.”