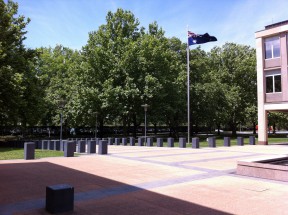 The Abbott government has pounced on a breakaway band of Commonwealth agencies finally agreeing to contentious new pay offers as firm evidence that public servants need to compromise in their enterprise bargaining dispute — but the main public sector union has other ideas.

Employment and Public Servant Minister Senator Eric Abetz this week renewed calls for the Community and Public Sector Union to dump its claim for what he says amounts to a 12.5 per cent cumulative rise over three years after both Treasury and the Australian Public Service Commission (APSC) signed up to their offers despite overwhelming rejections in larger agencies.

In the case of the APSC, the deal that was offered to staff at 4.5 per cent is one the most generous to date because it locks in increases without trading away conditions or entitlements as has occurred in bigger agencies.

While that deal has been logically interpreted as a new high water mark for the government’s willingness to soften its so far hardline stance, similar offers are yet to materialise in departments and agencies with large numbers of staff like Human Services, Tax, Defence and the new Border Force.

At the same time, the deal at Treasury — one of the least unionised government workplaces — was largely expected to get over the line because the culture of the agency, which is regarded both internally and outside as holding somewhat of an elite position within the APS.

Other agencies that have signed on to new enterprise agreements include the recently lowercase rebranded nbn, Comsuper and the Australian Office of Financial Management.

Having hit the government with strikes that disrupted airports on the very day the new Border Force agency was officially stood-up, the CPSU is warning Senator Abetz not to get ahead of himself in terms of thinking that prominent but small compromises will yield greater results.

“Minister Abetz may think his current offers – including stripping rights and conditions worth significantly more than 1.5 per cent and even cuts to current take home pay for thousands of workers – are responsible and realistic but I would suggest Immigration, Border Force, Centrelink and Medicare workers who have walked off the job in droves are sending rather a strong signal they don’t agree,” CPSU National Secretary Nadine Flood said.

“We have seen before a few agencies vote agreements up, while the bulk of the public service holds out for better, fairer deals. Treasury staff deserved better, but the Minister is fooling himself if he thinks a 58 per cent vote in Treasury reflects the feeling across the public service.”

The union has even found a silver lining in the Treasury result, saying that the vote to reject the new deal (which it lost) “increased from 10 per cent in 2011 to 42 per cent in 2015”

“Even in Treasury, we’ve seen a fourfold increase in opposition to a substandard agreement – the No vote has increased from 10 per cent in 2011 to 42 per cent in 2015.

“That is hardly a ringing endorsement of the Abbott Government’s bargaining policy,”  Ms Flood said.

“After a year of the Government holding up this pretence, it’s time to sit down for a sensible discussion on resolving these issues.”