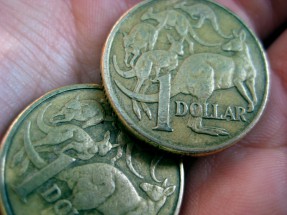 “This is a good pay offer—at the very top of what other agencies are offering.”

Those are the words the Australian Public Service Commission has used to try and sell its employees a landmark 4.5 per cent pay increase employees – without the deeply unpopular stripping of entitlements and leave allowances — that has set tongues wagging across the public sector that the Abbott government’s industrial enforcer is finally softening its hardball position on enterprise bargaining.

Issued this week, the highly significant attempt to win over APSC staff without escalation to industrial action has raised the obvious question of whether 1.5 per cent per year, over three years, indicates a tactical shift by the government away from trying to foist deeply unpopular effective pay cuts onto public servants in an attempt to head off a nationwide campaign of strikes and stoppages ahead of the run-up to the next election.

At the heart of speculation within senior ranks of the public service is whether the huge rafts of cuts to staff — that easily total more than 10,000 positions — made over the past year can now be counted towards so-called productivity offsets by departmental heads.

In the event that they can, it could lead to a recalibration that produces generally less austere offers, especially in large agencies that have had big cuts.

“Our efforts to manage more efficiently over the last 12 months, including through reducing our EL [executive level] cohort, has effectively provided enough productivity and cash savings to fund the majority of the 4.5 per cent pay rise” the APSC said to staff in an official “Summary of APSC bargaining position”.

“We won’t be looking to fund productivity by reducing or changing any of your existing entitlements” the APSC document says.

The APSC has so far not responded to questions put to it by Government News as to whether there has been a shift in its wider APS-wide negotiating stance, but a number of public servants are known to be privately questioning if the offer should be interpreted as an example.

One unofficial interpretation doing the rounds is that the offer is a tacit signal of an intention by the government to partially compromise on what has been to date an unsaleable deal to a public service which values its workplace conditions and entitlements above a “peppercorn” increase in pay.

Another line of thinking is that the APSC is seeking to create a ‘face-saver’ for departmental heads that now not only have to deal with a cynical and mistrustful workforce but a reinvigorated union presence in agencies.

A recurring theme in Canberra office coffee queues is that with mortgage interest rates and inflation scraping along at record lows, the trading away of entitlements and conditions next to impossible to obtain in the private sector would be regressive and costly over the longer term.

Importantly, the Community and Public Sector Union is acknowledging the APSC’s offer as a shift in position, although it is still calling out the government’s wider offer to employees as an unworkable dud.

“[APSC] Commissioner [John] Lloyd’s acknowledgement to his own workforce that cuts over the last 12 months can be used to fund their offer is significant,” said CPSU National Secretary Nadine Flood.

“This is a shift from the previous advice agencies have received from the APSC, as relayed to the CPSU across a number of the 87 active bargaining tables.”

However the union is cautioning its members and the government attempts to shift conditions now hardwired into enterprise agreements over to the far more elastic area of workplace policy — which is effected by departmental heads rather than an industrial instrument — simply won’t fly.

Ms Flood said Mr Lloyd’s advice to APSC employees “appears to confirm that the government is holding firm on stripping rights out of agreements.”

“Public servants are not going to trust this government won’t seek to change these rights if it is successful in removing their enterprise agreement protection”.