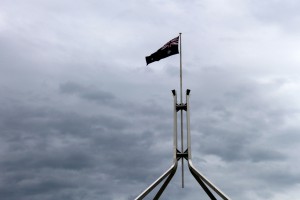 Tony Abbott and his ministers face the prospect of widespread public service disruption across the Commonwealth’s biggest customer-facing departments after the Community and Public Sector Union revealed it will apply for a protected ballot on industrial action at the Australian Taxation Office (ATO) on behalf of thousands of staff.

The move by Tax employees to join the industrial fray comes amid growing disquiet over the latest pay offer put forward by senior management which the CPSU says equates to adding an extra week’s work for 0.8 per cent rise and the loss of a raft of conditions and entitlements.

Much of anger within the APS over the ongoing enterprise bargaining negotiations arises from the restrictive structure of the Australian Public Service Commission’s bargaining framework that locks in so-called productivity offsets.

It is understood there is also growing antipathy in parts of the APS’ senior ranks to any push by the government to instigate a major APS-wide industrial dispute, not least because it could sacrifice longer term cultural reforms to improving APS staff performance and output through innovation and collaboration.

There is also concern that a major dispute will make it far harder to recruit talent from the private sector who would be wary of walking into a firefight.

Public servants at the Department of Human Services and the Department of Veterans’ Affairs have already commenced protected industrial action with negotiations there also bogged down over the removal of conditions and increased hours.

CPSU National Secretary Nadine Flood on Friday branded offers seeking to remove conditions and push up hours as a “toxic combination” that she said public servants were increasingly coming to expect from Employment and Public Service Minister Senator Eric Abetz.

“Tax workers were told they would have to cop a new agreement that demands they work an extra five days a year, remove critical workplace rights and conditions – in return for a 0.8 per cent pay deal that would see them go backwards, Ms Flood said.

“Industrial action is always a last resort and members don’t take this step lightly but they are deeply concerned with this Government’s attack on their pay, conditions and rights.”

The Abbott government’s showdown with the CPSU still has a long way to run. A key tactic that CPSU is running is targeting industrial action so that it irritates or slows down administration behind the scenes rather than affecting the public  directly.

That approach is the lesser of evils for senior agency staff because it allows them to minimise disruption in the community even when politicians seek to obtain mileage by talking-up the impact of work bans.

The CPSU is clearly digging in for a long and grinding battle that ultimately pits the endurance of existing conditions over short term gains in pay.

“Over the course of almost a year of bargaining negotiations every proposal that we have seen seeks to take far more away than it gives,” Ms Flood said.

“Meanwhile the work in Tax piles up. Workers know how vital the work they do is to the economy, it’s a crying shame that this Government doesn’t value them to the same degree.”