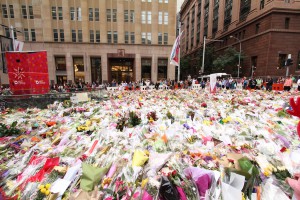 Prime Minister Tony Abbott has moved to conspicuously beef-up the Australian government’s counter-terrorism response by creating a new high-profile ministry backed by a top-level bureaucrat, but resisted any wider push to rationalise departmental responsibilities or supporting machinery of government.

Mr Abbott on Monday named Minister for Justice Michael Keenan as Australia’s first Minister Assisting the Prime Minister on Counter-Terrorism, a role that is specifically tasked with better coordinating the complex network of federal and state security and intelligence agencies and bodies.

While the new role is a boost to Mr Keenan’s credentials, the real heavy lifting is set to be done by similarly newly appointed Commonwealth Counter-Terrorism Coordinator, Greg Moriarty whose role sits within the already crowded Department of Prime Minister and Cabinet.

The creation of a so-called counter-terrorism czar had been widely flagged by the government before the Budget amid growing community and government concern over how to find the most effective way to combat the radicalization of young people now being aggressively targeted by sophisticated online recruitment campaigns by the likes of ISIS and Daesh.

The effectiveness of coordination and information sharing between security and intelligence agencies to thwart home grown terror incidents has been of rising concern following the Martin Place siege in December 2014, when Man Haron Monis took 18 hostages at the Lindt Café, killing one person and resulting in the death of another along with himself when armed police stormed the building.

A key question that emerged after the tragic incident was how an overtly radicalised individual with a history of sending abusive letters to the families of terrorism victims and soldiers killed overseas apparently dropped off the radar of authorities as a live threat.

Mr Abbott said on Monday that a comprehensive Counter-Terrorism Review released earlier this year had recommended the strengthening of Australia’s counter-terrorism strategy as well as “improving cooperation with at-risk communities, in close partnership with the States and Territories.”

He added that Mr Keenan’s new role “will ensure the government’s extensive security and non-security efforts to combat home-grown terrorism are well coordinated and effective.

“That includes our operational and policy responses, as well as our efforts to work with communities to counter violent extremism and address this scourge,” the Prime Minister said, noting that Mr Keenan “will also lead Commonwealth engagement with the States and Territories, which play a critical part in community engagement and in countering terrorism.”

Reporting to Mr Keenan, the PM said Mr Moriarty’s new position of Commonwealth Counter-Terrorism Coordinator would lead the “new counter-terrorism coordination office within the Department of Prime Minister and Cabinet.”

The Prime Minister said Mr Moriarty had significant expertise on the Middle East and South East Asia having previously been an Ambassador to Iran and Indonesia, and also possessed extensive experience coordinating inter-agency and international collaboration.

The creation of national security coordination roles within PM&C is not without precedent. In 2008 Prime Minister John Howard created an office of the National Security Adviser within PM&C, appointing now ASIO chief Duncan Lewis as its first head.

Mr Abbott also made it clear that he is expecting the new Counter Terrorism Coordinator to do what it takes to make disrupt and dismantle individuals and groups plotting attacks.

“We need to bring the same drive, focus and clarity of purpose to countering terrorism that resulted in stopping the boats under Operation Sovereign Borders,” the PM said, saying that since last September — when the national threat level was raised to High — a total of six attacks had been disrupted while “two actual attacks” have taken place.

The man credited by the PM with stopping the boats (aside from former Immigration Minister and now Social Services Minister Scott Morrison) was Lieutenant General Angus Campbell, who has since been promoted to Head of Army.

Mr Abbott warned terrorist attack planning had become more frequent and that “warning times are reducing, and the perpetrators are becoming younger.

“At least 100 Australians are involved with terrorist organisations in Syria and Iraq, and around a further 160 sympathisers are directly supporting them in Australia,” the Prime Minister said.

The PM then noted his Department also had its own intelligence agency.

“I mean, the Office of National Assessments in my own Department – they’re all incredibly important and what we want is a minister who can manage at the political level and the coordination between all of them so that ministers, no less than officials, are all working together.”