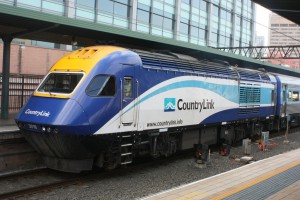 When they were introduced in 1982, NSW’s XPTs (eXpress Passenger Trains) were lauded as the most modern rail technology  in Australia. They were based on the UK’s High Speed Train, but they never achieved anything like the speeds reached in that country.

Even so, the XPTs have been the mainstay of NSW’s CountryLink services ever since. Now their days are numbered – the NSW Budget included an announcement that $7.5 million will be dedicated to starting the process of planning for a new train fleet to replace the ageing XPTs. No timeframe was mentioned, but by the time they are replaced the XPTs will be knocking 40 years old.

Although iconic, the funding to find a successor to the XPT is a small part of what’s turned out to be a much bigger rail budget, which has also allocated $94 million to continued procurement of the next-generation intercity train fleet (these are the trains that run between Sydney and Newcastle, Wollongong and Nowra, and the Blue Mountains and Lithgow).

The bigger rail news is in Sydney.

Minister for Transport and Infrastructure Andrew Constance has able to announced a total of $9 billion for public transport, including $977 million this year for the $8.3 billion Sydney Metro Northwest, Australia’s largest rail project.

A further $84 million will be spent on beginning the extension of the Metro to a City & Southwest line, via a second under-harbour rail crossing, through the CBD and west to Bankstown, including a station for the massive new Barangaroo development around Millers Point northwest of the CBD.

Mr Constance said the Barangaroo station will help ease congestion at Wynyard and Martin Place stations, reducing crowding at these stations by about 5,000 people in the morning peak alone. The station will also service the Walsh Bay arts precinct, King Street Wharf and Barangaroo headland park.

The Transport Access Program with $890 million to be invested over the next four years on station upgrades, including lifts, and more commuter car parks.

The Budget also increases funding for community transport, with an extra $12 million over the next four years for people who have difficulty with public transport services because of their age, disability or where they live.

Another light rail project in Newcastle has had $103 million committed to it to start construction on the controversial replacement for the railway spur to the Newcastle CBD, which was closed last year.

Meanwhile, there will be $92 million for new buses across the state, $12 million towards new ferries for Sydney Harbour and $2 million for four new Parramatta River ferries.

A massive $1.2 billion will be spent on rail maintenance, and $74 million towards a “world-class rail operations centre” to manage delays. There will be $37 million for major upgrades on the T1 Western Line to increase train reliability and capacity, and $43 million to modernise Wynyard Station in the north of Sydney’s CBD, which will have a major new high rise development built above it with the imminent closure and demolition of the famous Menzies Hotel.

Budget highlights for the urban and regional freight rail network (which fall under Duncan Gay’s freight portfolio):
•$209 million for the upgrade and maintenance of country rail network assets, including replacement of old timber sleepers with modern long-life steel sleepers, resurfacing track and replacement of bridges and culverts (includes $56 million for grain rail lines).
•$124 million (state and federal funding) for the Northern Sydney Freight Corridor to improve freight rail access through the Sydney-Newcastle rail corridor between Strathfield and Broadmeadow.
•$76 million to continue the Bridges for the Bush program to replace or upgrade weight-restricted bridges on key regional freight routes.
•$5 million for the NSW Cargo Movement Coordination Centre, which will improve efficiency and reliability of freight rail operations throughout NSW and increase the share of freight that travels by rail.

The Australasian Railway Association (ARA), which has despaired at the federal government’s apparent ambivalence to rail as a crucial transport mode, didn’t hold back expressing its pleasure on having a Coalition government get back on track with spending.

The peak group described the spending as “robust” and noted that it delivered on many of its key policy priorities set out prior to the state election.

The ARA’s concerted push for new investment has been spearheaded by an argument that the heavy duty infrastructure is sorely needed to boost the efficiency and productivity of the state’s transport networks.

“Sydney Metro rail projects have received over $1 billion for this year, which will ensure construction continues, and ultimately provide Sydneysiders with a fully-automated rapid transit system adding benefits for commuters that have not yet been seen on any other urban rail network in the country,” said Acting Chief Operating Officer of the ARA, Phil Allan.

“We also welcome the ongoing commitment to the city’s growing light rail network with $120 million in this year’s budget for the CBD line and $19 million to progress planning for the Western Sydney Light Rail line radiating from Parramatta,” Mr Allan said.

“Sydney is experiencing a resurgence with light rail, moving away from the construction of roads, and towards a more sustainable, efficient and safer mode of transport, which will transform the way people live and move around one of Australia’s fastest growing and busiest cities.”