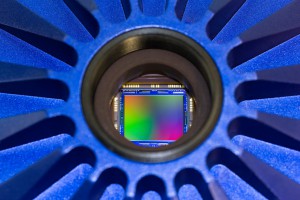 The public sector is in the midst of challenging times, both on the supply and the demand side of the equation. Gartner research vice president Dr Anurag Gupta explains how the Internet of Things can help the public sector to reduce costs, improve delivery of services and engage citizens.

[This article first appeared in the June-July 2015 edition of Government News]
On the supply side, governments are struggling with falling budgets and the reprioritisation of resources across areas such as welfare, safety, health and security. On the demand side, government authorities face rising expectations from informed citizens for higher standards of service delivery and a greater say in the government’s decision making process.

What is becoming increasingly clear is that the Internet of Things (IoT) can assist the public sector in both of these areas. Gartner defines the IoT as the network of physical objects that contain embedded technology to communicate and sense or interact with their internal state or the external environment.

Citizens everywhere are evolving from passive recipients of top-down government services to empowered active participants who like to have a say in how public services are delivered. Many governments face rapid demographic shifts that change the nature of public services required from local governments and healthcare agencies. The changing landscape of public safety and criminal justice, as well as growing cyber security threats, are also placing unprecedented pressure on governments. To restore citizens’ faith, many governments are closely exploring technologies that also leverage their investments in various e-government programs.

Through our research, we have recognised that governments can respond to many of these challenges by following other vertical sectors that have reacted to changing industry dynamics by adopting new digital business models. Digital business is the creation of new business designs that blur the digital and physical worlds and promises to usher in an unprecedented convergence of people, business and things that disrupts existing business models.

By 2020, there will be an installed base of more than 25 billion things, connected to the Internet globally. With people, businesses and things communicating, transacting and even negotiating with each other, a new world comes into being — the world of digital business. For governments, the end-to-end digitalisation of business operations and the digital data generated by those operations will create a new class of public services that are orchestrated and delivered by numerous public, private and non-profit organisations. Leveraging the IoT is one way to facilitate this shift toward digital.

Addressing the challenges
For all the benefits of applications of IoT, however, there are challenges that do remain. Firstly, there is a lack of clear project management plan in many instances — who controls the project, manages it, benefits from it, owns it and pays for it? While multiple departments may gain from program adoption, the brunt of pulling the initiative together may often rest with a single department. Justifying return on investment on all of the initiatives is still a challenge for city governments.

IoT has the potential to be the next big disruptive wave, but vendors still have many plans at the drawing board stage. Some vendors have recently started positioning bundled solutions which include sensors (and associated hardware) along with an accompanying cloud-based solution, often with an embedded data analytics at the core. But the overall cost of deployments, in terms of Total Cost of Ownership (TCO) is still not very clear. Current IoT business models also lack of clarity, with most solutions sold piecemeal without any clear-cut, overarching coordinated approach. The IoT ecosystem has several competing standards without any clear leader and this means that solutions from competing providers may not be always be compatible. The increasing number of networked ‘things’ also bring along the issues of user privacy and an even greater risk of havoc, in case of any unauthorised breach anywhere in the eco-system.

City programs demonstrate the benefits
Given the compelling benefits of IoT and acknowledging the above challenges, we believe that IoT will have major impacts within the public sector. Recent city programs in a number of countries have demonstrated that it can help governments optimise costs and avoid waste, as well as assist in cost optimisation (and reduction) in many ways. Optimising waste collection by local councils is an example, in action now.

While an important city government function, garbage collection it is also one of the most labour intensive activities, with trucks circling the city, emitting pollution and causing traffic congestion. Consider a scenario where there was a way to summon garbage collection only when required – this is exactly what IoT can facilitate for governments of cities, especially large ones.

Another example, being considered across many countries is the Smart Meter. A smart meter allows for automatic meter reading of gas, water or electricity consumed and relays that information to the utility, as well as a fully automatic billing system within the utility, thus reducing costs significantly. Users can also benefit through the use of home energy management products and services, which interact with the smart meter and display energy use. They may also indicate which appliances consume most energy and allow the user to take steps to reduce costs. The future direction of smart meters is to allow the utility to slightly delay the activation time of water heaters or other high-power devices. This ability provides some control over load balancing and can save utilities large sums of capital expenditure by avoiding the need to build a new power station. There are issues with citizen acceptance and the overall costs of Smart Meters, but such initiatives are being discussed across several regions.

The public sector is also responsible for many immovable assets such as bridges, buildings, ports, roads, airports and bus and train stations. A major challenge for maintenance of large assets is to be able to identify the problems before they actually happen. Governments rely traditionally on expensive inspections and structure audits to accomplish these maintenance tasks and pay companies large sums of money to accomplish this. However, there is still no way to have foolproof inspections, and there is still room for error.

IoT can help solve this challenge by shifting to a proactive approach rather than a reactive one. For example, companies have started leveraging analytics to predict faults before they happen. Software exists today that can enable asset optimisation by crunching the real-time information it receives from various sensors and making decisions around that information. This way, it can identify problems before they actually happen. Working on aging infrastructure poses particular challenges, and the use of sensor networks in adjacent structures can help to guarantee the safety of construction projects.

Another application worth noting is traffic management. Traffic congestion is a major challenge for city authorities. Presently, the only way most government transportation management departments monitor traffic conditions is through road cameras, which send a feed to a central monitoring station where employees manually observe data then update the visual boards with a recommended driving speed. Instead, consider the instant benefits that a real-time analysis can bring through the application of IoT, especially by analysing data derived from sensors. Over time, it may be possible to manage the speed on a motorway by the system automatically analysing the traffic pattern and updating the information boards on motorways without the need of manual operators. Also, once such information starts being communicated in real-time with bus and train data, users can calculate in real-time what would be the best way to travel and how much time it will take.

These are just a couple of examples of how city governments and departments are looking to IoT to enable proactive maintenance and operations to achieve greater safety and effectiveness.

Invite civic engagement
What is interesting to note is that providers and governments generally do not include citizens in projects involving IoT, leaving the potential of this large constituency untapped. Civic engagement is important at several levels. It distributes responsibility for various activities directly to individuals and communities, which can lead to reduced costs and more-effective city government. If civic engagement is to evolve, then governments along with the private sector should consider incentivising citizen participation.

Despite some of the challenges that currently still exist, there are many public sector programs around the world that demonstrate that the IoT can help governments optimise costs and avoid waste. As these challenges are addressed, more government departments will look to the IoT to enable proactive maintenance and operations to achieve greater safety and effectiveness.

Dr Anurag Gupta, M.D., MBA is a research vice president at Gartner, providing strategic insights to clients about market trends, technology priorities, the competitive landscape and IT spending dynamics in the healthcare and government markets. He also advises clients on building vertical-industry strategies for the Internet of Things (IoT), smart cities and analytics.