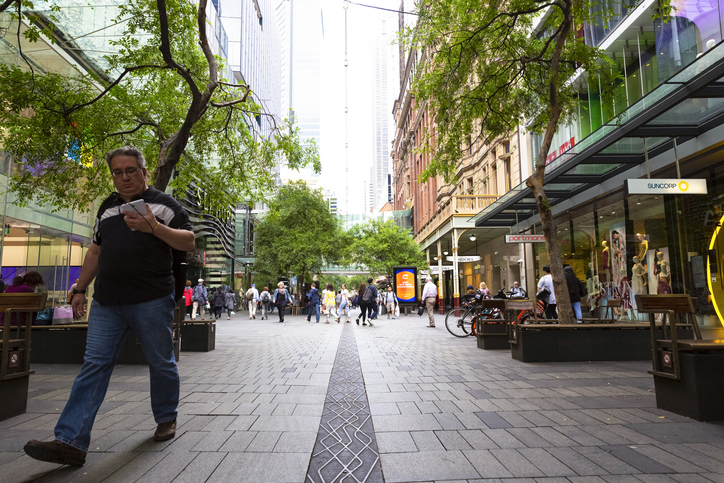 Investment in walking infrastructure can generate a return of $13 for every $1 invested, an expert says.

A league of experts is calling for targeted investment in walking infrastructure as Melbourne tests the 20-minute neighbourhood.

The 20-minute neighbourhood is based on the concept of ‘living locally’ by giving residents the opportunity to access all the services they need with a 20 minute walk, cycle or public transport trip.

The term, first coined by the state government in its five-year Plan Melbourne bid for a more liveable city, was explored at the MAV Smart Urban Futures event on Friday, where Duane Burtt from Victoria Walks joined a panel to discuss the program’s pilot project.

The program has the potential to transform resident behaviour while also improving perceptions of the local area, he says.

“I think it’s a new way of thinking about planning and economic development, for the state government in particular but also to an extent local government, and it does offer the potential to see stronger local communities from a number of dimensions –economically but also socially and in terms of health,” he told Government News.

The project is part of a broader bid to create a sustainable, less congested city as Melbourne’s population grows by 125,000 year-on-year.

On the back of the movement is a growing push for walking-friendly infrastructure to support healthier, less congested spaces.

Investment in walking infrastructure has the potential to generate substantial returns, Dr Francesca McClean, a consultant for city economics and planning at independent engineering firm Arup told the conference, with a benefit cost ratio of $13 for every $1 invested.

“Walking infrastructure has really exciting potential to create healthier, safer and more equitable communities if we invest in it properly,” she said.

But she says the economic value of walking has been overlooked in some of Melbourne’s biggest transport plans despite inactivity costing the economy in excess of $13.8 billion each year.

Walking is aptly known as the “invisible mode” she says, and is often overlooked by urban-planners as a recognised transport mode when key infrastructure decisions are made.

Infrastructure that encourages walking can boost local economies, Dr McClean argued, potentially reeling in thousands to local areas, as well as creating cities that are healthier and less congested and polluted.

“Improved walkability can improve retail spend and the economic development of areas – some walking interventions can increase the number of people entering shops by 40 per cent and significantly increase the economic value of the grid,” she said.

Jodie Walker, a researcher at the Secret Agent, a property management company, told the event that walkable neighbourhoods are in high demand.

Ms Walker, who has been conducting research on the Melbourne property market for more than five years, said research from the Secret Agent found walkability accounted for as much as 60 per cent of price difference.

Walkability has a “protective effect” on property prices, she said, with the price of property increasing substantially in line with the walkability score of suburbs.

The same correlation applies for suburbs with a significant amount of greenery, Ms Walker told the event.

An innovative program in Melbourne is exploring the use of ‘nudges’ to encourage walking by train commuters and local school students.

The program, which was presented at the event by director of  independent consulting practice Active City, Alice Woodruff, initiated a huge shift in locals’ perceptions of the desirability of walking, and in some areas, the uptake of walking.

The first project, which involved the erection of campaign signs at the train station to prompt people to walk, saw a five per cent lift in the number of people walking at a local station, Ringwood, and a five per cent increase in the rate at which regular walkers were walking to the station.

There was also a dramatic shift in perceptions, with 31 per cent of locals who usually drive considering walking as a result of the campaign.

Another program at a local primary school sought to encourage students to walk to school by incentivising walking through a  series of rewards  including giving students stickers or a badge at the end of the day and erecting a school wall chart.