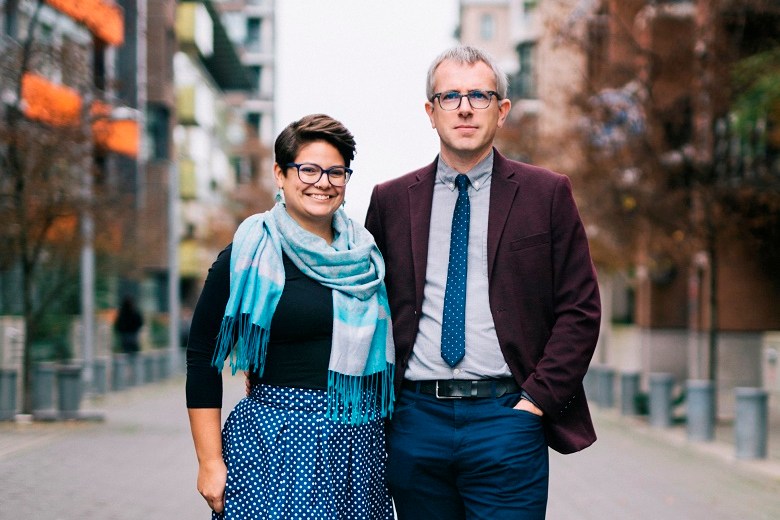 Australia should follow the Dutch and embrace cycling as a means to tackle congestion and boost health outcomes, say the Canadian authors of a new book.

It was the summer of 2010 when Melissa and Chris Bruntlett finally decided to ditch their family car.

The Vancouver-based couple figured that as they were living in a compact walkable city, where everything they needed was a short walk or train ride away, they could swap their family car for bikes.

Not only did they start saving about CAD$800 a month, Melissa, who has a background as a writer and marketer, and Chris, who is an architectural designer, began documenting their “newfound freedom” through articles, films and photography, as well as public speaking.

“We fell into this accidental activism,” says Melissa. “Eventually we realised that if we wanted to understand what makes a great cycling community we had to go the place that is notorious for having some of the best conditions, which took us to the Netherlands.”

That five-city tour of the Netherlands in 2016 is now chronicled in a new book, Building the Cycling City: The Dutch Blueprint for Urban Vitality, which argues that the benefits for a city of “going Dutch” can be felt in as little as five years.

Those benefits include reduced congestion and road-related injuries and improvements in public health, according to the couple who are also the co-founders of Modacity, a consultancy advising public and private organisations on healthier urban mobility.

The book vividly showcases how decades of supportive infrastructure and policy in the Netherlands have resulted in a culture where cycling is seamlessly integrated into everyday life.

“Virtually everyone feels comfortable doing it,” says Chris. “Children cycle to school, older people cycle to where they’re going, no one has any special equipment or safety gear, it’s just easy and the first choice for a lot of families.”

Speaking to Government News ahead of their appearance at the co-located Australian Walking and Biking Conference and Bike Tourism Conference in Bendigo in October, the couple said that governments in cities such as Vancouver, Seattle, Austin, San Francisco and Atlanta were now following the Dutch example.

“In North America we’re seeing more of an acknowledgement that we can’t build our way out of congestion,” says Chris.

“In a lot of these dense urban centres, and even in outlier suburban areas, we can’t keep expanding the road network without creating bigger problems. City officials and engineers are starting to rediscover the bike as a more nimble, space efficient way to get people around, predominantly for that first and last mile – so it may be in combination with public transit.”

Melissa says some cities are starting to make changes to infrastructure planning and delivery, installing more cycle tracks where needed, for example, while others are opting for traffic calming measures to slow cars down.

“But it’s not always about infrastructure. Sometimes it’s as simple as reallocating space through paint. It’s possible to make these changes without spending billions of dollars,” she says.

Chris points to the Canadian city of Calgary which recently built a downtown cycle track network for about $3 million.

“That kind of money is a rounding error on a highway interchange project,” he says. “It’s not the sums of money that cities finding challenging, the real difficulty is in finding the political will to reallocate the street space.”

The book outlines how city officials are adopting cycling as one solution to easing a range of modern problems such as obesity, congestion, climate change and social isolation.

“There’s an annual UNICEF study that rates the 29 wealthiest countries in terms of happiness and overall health and for a number of years the Netherlands has topped the list, especially for children. A lot of that is attributed to the fact that they experience greater mobility because they streets enable them to travel independently,” says Melissa.

A plethora of other studies have similarly linked physical activity with mental health, she adds.

“And we hear anecdotally how a bike ride can provide that simple decompression after work, which helps to let go of the stresses of the day and come home more present and happy, rather than spending that time in a traffic jam,” she says.

Chris says that most governments tend to forget that walking and cycling are primary modes of mobility for citizens who are not of legal driving age or who have passed an age where driving is still a viable option.

“So if we’re talking about making cities more equitable, then making them safe for walking and cycling means making them equitable for everyone, regardless of their age or ability,” he says.

2 thoughts on “Meet the couple campaigning for bike-friendly cities”