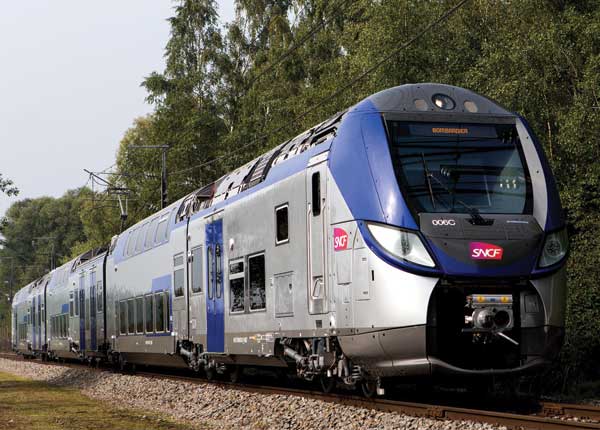 New South Wales Premier Mike Baird has revealed the state government will sink $2.8 billion on a “next-generation” fleet of intercity trains that will make all state trains air-conditioned for the first time.

After decades of getting to work literally in a lather, the major investment will finally relieve the discomfort faced by multitudes of peak hour commuters stuck in so-called ‘sweat boxes’ that have long acted as a deterrent to using public transport.

Although the NSW government has been introducing air-conditioned trains to the Sydney regional network since 1981, commuters have still faced a seemingly random schedule of different legacy carriage sets that may or may not be air-conditioned, making the prospect of turning up to work dry a game of roulette.

After years of complaints, the NSW government wants to eliminate that commuter frustration once and for all by buying 65 new “state-of-the-art” intercity trains for its NSW TrainLink service – including about 520 brand new carriages that will run passengers between Sydney and the Central Coast, Newcastle, the Blue Mountains and the Illawarra.

But to make sure the entire NSW rail network is equipped with climate controlled trains, the present ‘Oscar’ intercity fleet that is now operating on outer metropolitan runs will be reallocated to Sydney suburban services.

The investment is the first big buy from the NSW government since the former Labor government introduced the much anticipated Warratah trains, which entered service in July 2011.

Now the government will embark on a major procurement process that will begin by working with the “world’s leading train manufacturers” to identify the best train for the long journeys taken by intercity customers.

Instead of designing new trains from scratch, the government wants to select a train that is already available to the market to ensure it’s in service within four to five years.

Minister for Transport Gladys Berejiklian said this procurement process will begin this month, with industry briefings to take place in coming weeks.

“Previously, NSW has developed unique and often costly train fleets from scratch, which has taken as long as seven years from start to delivery,” Ms Berejiklian said.

She said the government is looking to buy off-the-shelf trains with proven technology and then configuring them to meet customers’ needs, “meaning we can ensure the best value, best possible service and also have these new trains on track faster”.

Mr Nye said new intercity trains are also likely to entice more commuters onto the rail network which will have the added benefit of reducing road congestion and pollution levels in Sydney.

The government expects the first new train will be in passenger service by 2019 and the new fleet will be progressively rolled out through to 2024.

3 thoughts on “$2.8 billion rail replacement to finally give all Sydney trains air-con … by 2024”