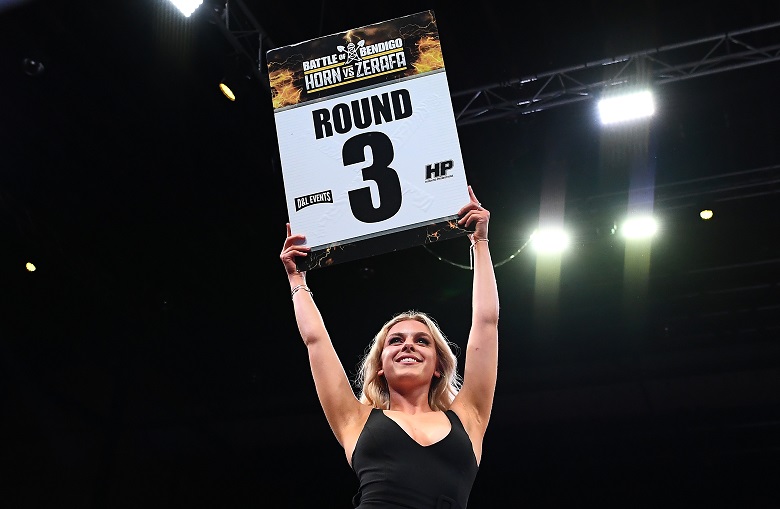 A Victorian councillor says she resigned trying to express her views about a council-sponsored boxing tournament.

A Victorian councillor who resigned in the wake of a row over the use of so-called ‘ring girls’ at a council-sponsored boxing tournament says the controversy shows that women’s voices remain underrepresented in local government.

Yvonne Wrigglesworth resigned from City of Greater Bendigo Local Council earlier this month after trying to speak out against the “misogynistic and outdated” parade of young women carrying ring cards at the August 31 Battle of Bendigo fight between Jeff Horn and Michael Zerafa.

The event was funded from Council’s major events budget.

Ms Wrigglesworth said she was surprised to see the women used in the event, which she claims was presented to Council as a “fait accompli”.

Yet when she tried to voice her “discomfort”, she says she was treated like a “naughty councillor”, shut down and vilified.

“Personally I felt I couldn’t continue with such a poor alignment with not only my personal values, but the values that my community elected me for and gender equity was a big part of that,” she told Government News.

“I felt (it) was an old school approach to the way women might get treated, speak when you’re spoken to and don’t embarrass anyone.”

Out of step with gender equity statement

Ms Wrigglesworth said she was also “profoundly disappointed” that the ring girls were out of step with the council’s recently launched leadership statement about gender equity, which she had helped draft.

“It’s a very, very sad state of affairs which confirmed my decision that being around that table with that particular leadership group that was not something I wanted to continue,” she said.

“It still shows you that women’s voices are underrepresented around local government tables. I believe I spoke up inconveniently for a majority of that council and I caused them what they defined as an embarrassment.”

Ms Wrigglesworth said there are “good and more progressive patches in local government” although her experience showed there was still a long way to go.

A City of Greater Bendigo spokesperson said in a statement to Government News that while the staging of the event was an operational matter, it was the decision of the promoter to use ring girls.

The spokesperson said councillors and officers were very concerned for Ms Wrigglesworth’s wellbeing and Mayor Margaret O’Rourke had reached out to her often following the event.

“Council and the organisation are committed to advancing gender equity but also acknowledge change takes time and there needs to be a balance in all that we do.

“Councillors’ opinions are respected however Ms Wrigglesworth’s approach to expressing her views was disappointing,” the spokesperson said.

Getting rid of adverserial culture

“Some councillors will say to me, ‘how can we get heard, we feel like we’re being completely disregarded not given the opportunity to have our say at briefings’ and things like that and it’s pretty disgusting,” she told Government News.

Cr Saliba said things would only improve by getting rid of the adversarial culture at many councils and addressing the gender imbalance in local government.

“We won’t be able to stamp out this kind of behaviour until we can achieve gender equality in local government,” she said.

“Local government has predominantly been run by retired old men. It needs to change to reflect the broader community.”

Ms Wrigglesworth said she hoped her example didn’t discourage young women from participating in local government and hoped to see a sea change at next year’s local government general elections.

“I’m absolutely revved up to help the next generation put their hands up and make a difference,” said.