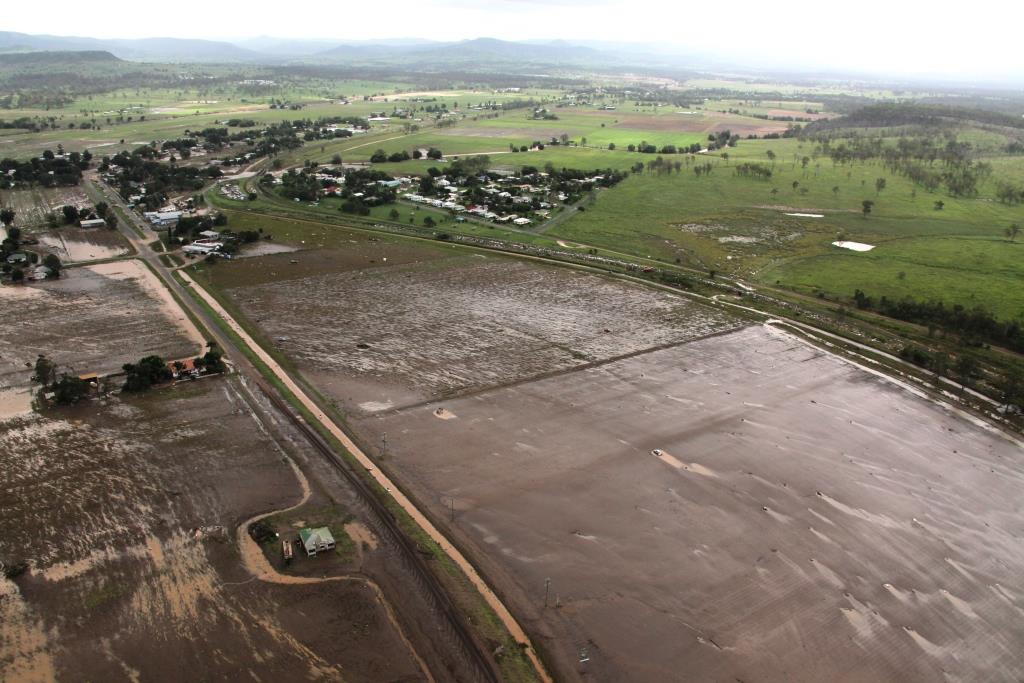 Lockyer Valley Council led the community's recovery from floods in 2011.

As a former district manager for community health services, Carole Owen had plenty of experience in disaster preparedness and managing local recovery efforts.

But it was a posting to the Tasmanian Bushfire Recovery Unit in January 2013 that sparked her research into how government can support community-led recovery.

“I put my hand up to lead the Department of Health and Human Services’ component of the recovery because I was really interested and had that experience, but also because when I moved to Tasmania 30 years ago I had actually lived in that area,” Ms Owen tells Government News.

“The school that burned down was the first school my daughter went to, my mother taught there, my parents still live in the local community. So I had this professional part of me as a government representative but I had family and community connections as well,” she says.

The experience encouraged Ms Owen, who is the director of public health services programs and priorities with DHHS, to undertake a PhD into how governments can support community-led recovery from disasters.

“I’ve always been interested in how governments work or don’t work with communities, how they can listen more and not come into it with preconceived ideas about how things should be. But having worked in government for many years I’m well aware of the kinds of constraints governments face.”

But the reality on the ground, where government personnel and first responders are faced with complex and challenging situations, is often different.

As part of her research, Ms Owen has been interviewing government and community sector professionals involved in emergency management to examine the ways in which governments can enable communities to lead their recovery.

What it means: differing views

Her preliminary findings, which were published in the Australian Journal of Emergency Management journal earlier this year, highlighted the differing views among stakeholders on the issue.

On the one hand, some interviewees felt that communities “did not necessarily have the capacity, knowledge or skills to lead the recovery process, at least not initially, because of disruption and trauma.”

Many government professionals felt a sense of responsibility “to get the ball rolling” by drawing on their experience and knowledge of the services and infrastructure the community would likely need.

Other bureaucrats said governments should provide “the scaffolding” for community-led recovery, given most communities would be inexperienced and unaware of what supports they needed.

“Community-led recovery is great provided the community has the necessary tools to be able to lead its own recovery.”

On the other hand, some from the community sector said that local groups were often the first responders, and that the arrival of help from government can be a “hindrance.”

“Specific examples of governments ‘taking over’ were given by three community members who work for local community services from two communities that had experienced floods,” Ms Owen reports.

Some referred to government agencies commandeering buildings without community consultation or consideration of the impact on existing clients.

Others spoke about the frustration of new government resources coming into a town “without consideration of existing local knowledge, experience or services.”

“I heard from some community people who said they’d been looking after themselves while they were cut off by the flood or fire and then government came in on its white horse and took charge. Often community people and local organisations felt very demoralised by that experience,” Ms Owen says.

Hitomi Nakanishi, a University of Canberra researcher who has reviewed the impacts of disasters in Japan and New Zealand, agrees that how governments work with residents is critical to how well the community responds.

“Each community has different characteristics – topography, demographics – which make preparation and evacuation more difficult. Local knowledge can often help to identify risks, so government needs to start there,” says Dr Nakanishi, who has reviewed the 2011 tsunami and earthquake in Japan and the earthquake in Christchurch.

“It’s also important for government to share knowledge with residents – about risks, how they need to behave during a disaster, information about relief and long-term recovery,” she tells Government News.

Residents, who often have detailed knowledge of an area and its history with disasters, need to be listened to, she adds.

Dr Nakanishi says that providing the right support at the right time is critical:

“The situation changes all the time. What people are lacking today they won’t necessarily be without tomorrow. Needs change dramatically; providing what people need in the first day or two, when people are in survival mode, will be different to what they might need from day three on.”

She says the longer residents spend in shelters and temporary relief, the more stress and mental health issues tend to appear. “This can be a barrier later in terms of long-term recovery. People also start to distrust the government if they think it’s not providing the proper resources from day one.”

How can governments better support communities to lead their own recovery?

Some of Ms Owen’s interviewees suggested that recovery works best when governments “led from behind” or “sidled up alongside” the community.

Her early findings also point to the importance of government being transparent with communities about the possibilities and limitations of recovery, listening to the diversity of views within a community, and ensuring vulnerable people or groups have a voice.

Given a key role of government is coordinating the various state and community stakeholders involved during emergencies, the practice of establishing a specific taskforce or working with a central recovery unit was identified as a key element of good recovery process, Ms Owens says.

It’s also important to acknowledge and build upon existing community strengths and assets, she says.

Similarly, Dr Nakanishi says that nurturing a community’s “social capital” has been shown to be a key factor in aiding recovery.

Getting better at it

Despite the complexity of the challenge, Ms Owen says she believes Australian governments are getting better at aiding community recovery from disasters.

“I’m seeing around the country a much strong focus on recovery, and recognition that it’s not the same for everyone, that there are vulnerable groups. There’s certainly more in the literature now than there were 10 or 20 years ago,” she says.

Ms Owens also points to states like Victoria that is incorporating recovery into emergency management planning from the beginning.

“They’ve gone down the path of resilience recovery, which is about planning for communities that are resilient, they focus on capacity building,” she says.

Case study: how one council rebuilt a community

After two devastating floods in which 12 residents died and 50 homes were destroyed, Queensland’s Lockyer Valley Council has led the community into recovery.

Janice Holstein, who headed the council’s economic recovery committee, said a flood in 2011 was “horrendous.”

“No one predicted what was going to happen, how it happened and to what extent,” she tells Government News.

The area’s agricultural-dominant economy was near wiped out following the 2011 flood, which impacted extensive farmland and cost $200 million in infrastructure repair works.

The decision to relocate and rebuild the town of Grantham on higher ground by then Mayor Steve Jones was critical to stimulating the local economy, Clr Holstein says.

But the decision didn’t come without challenges. The council was $10 million out of pocket, having already commenced rebuilding before the state tightened entitlements under the Queensland Rural Adjustment Authority’s disaster fund.

“When we eventually got the state to agree to allow us to relocate the town of Grantham no one would help, so council had to fund themselves,” she said.

Focusing efforts on building community morale was instrumental to recovery, said Clr Holstein. She cites the council’s exemption of rates for the community, the provision of counselling and a service to fast-track insurance claims.

Council also engaged external consultants to develop a community recovery plan, which then led to committees being established with stakeholders including the chamber of commerce, farming sector and insurance council, which worked to prioritise recovery works. Clr Holstein explains:

“There were economic, social and infrastructure committees, so we all had a plan. We wanted information from our local community about what their biggest issue was.”

Realising that business was struggling, the council initiated a buy local campaign.

Tanya Milligan says the council started “living more within our means,” making operational savings the “norm rather than the exception.”

“We looked at every facet of how we operated as an organisation and then set out to find ways to do more with less. We pushed our staff to find solutions and to their credit they did,” Clr Milligan says.

The region is now paying down additional debt and has $400 million of projects under construction.

“The demand for suitable accommodation was very limited and the need was extremely high” said the council’s manager of regional development, Jason Harm.

Local business is also recovering with a new McDonalds recently opening alongside an IGA, and a new ALDI and lifestyle village under construction.

“A lot has happened since the floods and sadly we often forget about all those wonderful elements of the Lockyer Valley that made us want to live here in the first place. Through a series of weekly videos developed in-house, we are helping people re-engage with the region while at the same time developing tourism opportunities,” Clr Milligan said.

The council recently launching a business incubator aimed at helping support the development of start-ups in the region.