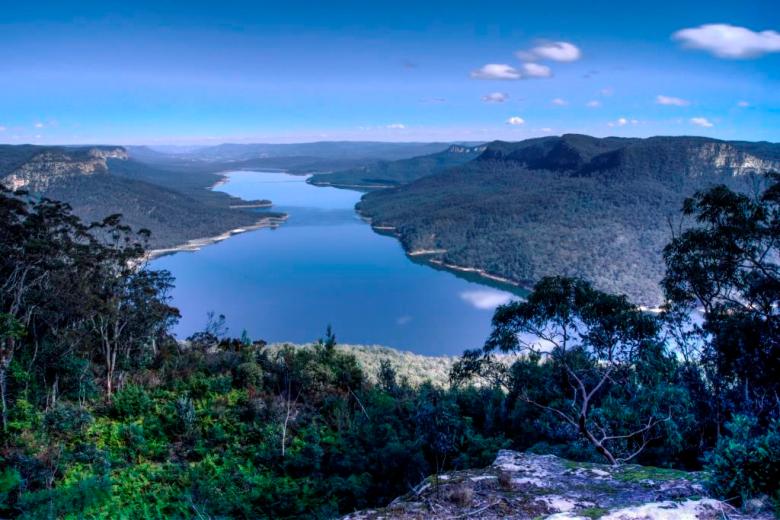 Last June, an independent report handed to NSW’s energy minister warned that Lake Burragorang, which stores most of Sydney’s drinking water supply, had salinity levels nearly twice as high as other storage sites.

The lake has been experiencing worsening water quality over the past 20 years from increased salinity levels, the report noted, and coal mining activity was identified as being a contributor.

The report, the triennial 2016 Audit of Sydney Drinking Water Catchment, recommended the sources and implications of the increased salinity be investigated, though it didn’t propose which agency should carry it out.

Now, a year later, an audit by the NSW’s Auditor-General concludes that “no NSW Government agency has addressed the report’s recommendations.”

Three public authorities – the Environmental Protection Agency, WaterNSW and the Department of Planning and Environment – have regulatory responsibilities for activates that impact on Sydney’s drinking water.

The auditor’s report, and the responses of the relevant agencies to it, highlights the complexity of the state’s current oversight and regulation of water.

Shadow Minister for Water Chris Minns said the EPA and WaterNSW “appear to be throwing each other under the bus and refusing to take responsibility for management of these precious resources.”

The EPA told the auditor that responsibilities under the state’s water legislation and regulations “lie with WaterNSW.”

The EPA said it would review environment protection licences that have conditions to discharge into the Lake Burragorang catchment by June 2019.

WaterNSW told Government News that the “regulation of pollution discharges is the accountability of the EPA and the Audit Office report includes a specific recommendation that the EPA review the impact of its licensed activities on water quality in Lake Burragorang and develop strategies to improve and maintain the lake’s water quality.”

WaterNSW is investigating the salinity levels in Lake Burragorang and introducing a range of activities in response to last year’s catchment audit, an agency spokesperson said.

“This includes assessing all WaterNSW water storages and associated catchments indentified by the catchment auditor, including Lake Burragorang.”

The Department of Planning and Environment told Government News: “There are no clear recommendations in the 2016 audit which direct DPE to address salinity or water quality at Lake Burragorang.”

“WaterNSW is required to evaluate the findings of the triennial water audits and incorporate them into their risk framework and catchment programs and activities within six months of the NSW Minister for Water and Utilities receiving the report,” a departmental spokesperson said.

“As part of the department’s role in supporting the NSW Minister for Planning, we have responded to all relevant recommendations in the 2016 audit by establishing the Independent Expert Panel on Mining in Sydney’s Drinking Water Catchment.”

Part of the issue is the “policy confusion” in the space following changes to water agencies in NSW and the responsibilities of each body, according to policy expert Roberta Ryan.

The auditor’s report would be “a shock to people,” said Professor Ryan, director of the UTS Institute for Public Policy and Governance.

“People will be disappointed to see that NSW, which led the world in this space in the 1990s, has lost that lead in investing in prevention and doing first-class community education, which also seems to have fallen away,” Professor Ryan told Government News.

The auditor was particularly critical of the EPA, concluding that the agency:

The auditor found that the EPA does not provide effective guidance for its staff, while many of its policies and procedures are “out-dated, inconsistent, hard to access or not mandated.”

In response to the findings, the EPA told the auditor it would review its current performance framework, analyse gaps and implement any improvements.

A spokesperson for the EPA told Government News yesterday that the 2016 audit “only had one recommendation for the EPA which the EPA has since undertaken.”

“In addition, for the same period the EPA has maintained an active program to drive down salinity levels from licensed mine water discharge points in the catchment,” the spokesperson added.

Professor Ryan said that the EPA’s risk-based scheme was the right approach as it allowed the agency to better allocate resources.

However, without performance management and reporting frameworks “you don’t actually know if you’re working in the areas with the greatest risk,” she said.

Better communication of the roles and responsibilities of different agencies in the space, including local government, was needed, she added.

Government News sought comment from NSW Environment Minister Gabrielle Upton but a response was not provided by deadline.