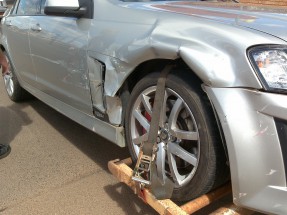 Australia’s top representative body for the legal profession has hailed a landmark reform in Western Australia to establish a no-fault catastrophic injury scheme for motor vehicle accidents as a major step forward to building a national model for equitable compensation.

The Law Council of Australia has welcomed the Western Australian Government’s move to introduce a safety net for accident victims while maintaining their common law rights.

While the NDIS has come to fruition, there is still some way to go on the road to creating a National Injury Insurance Scheme.

But things could now be moving forward in earnest now that lawyers have an example to point to.

“This decision is a significant step towards a National Injury Insurance Scheme that will create a safety net for catastrophically injured road users,” Law Council President-elect Mr Stuart Clark said.

“The new WA model provides a good example of how a national scheme should work, and allows access to common law compensation, which is invariably the case with the best performing no-fault schemes around the world.”

Known as ‘hybrid’ schemes, the insurance vehicles are normally paid for through by putting a levy on motorists to provide affordable, lower cost insurance against individual mistakes — but also aim to ensure such schemes can be sustainable and affordable across the long-term.

The support of the top legal advocacy body is also a major breakthrough for the Insurance Commission of Western Australia, which is headed by former WA Treasury and federal Department of Finance executive Rod Withear.

“The new [WA] scheme will ensure that those who have been injured receive immediate care and support, regardless of whether they were at fault, while ensuring fair compensation for those who were injured due to another driver’s negligence,” Mr Clark said.

“Those who have been catastrophically injured on our roads are potentially extremely vulnerable. It is therefore vital that our system supports them and provides a genuine safety net,” Mr Clark said.