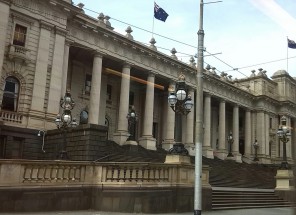 Outspoken Victorian Auditor-General John Doyle has tabled his office’s Annual Plan for 2015-16. He says the plan will help address “significant concerns” that the key legislation for the office is out of date and that his mandate is being “eroded.”

Doyle said the plan is a key accountability mechanism which ensures his office’s program during the year is flexible and responsive. “It has been developed through matching key issues detected through ongoing scanning with resources,” he said.

“There are more audits listed than we can do. Throughout the process of developing this plan we have received comments from a number of sources. We will consider ideas from a number of stakeholders and include them if they are deemed appropriate.”

Doyle, who was appointed by the former Coalition state government in 2013, has been outspoken in his criticism both of that Government and its ALP successor. “I am again calling for a rewrite of the Audit Act 1994. This includes the inclusion of an appropriate level of follow-the-dollar powers.”

Doyle was calling for a rewrite before the state election, which was held in November 2014. He said just before the election that the 20 year old Audit Act had failed to keep up with changes in the way the Government was spending its money, particularly in regard to public-private partnerships (PPPs). This had become a major issue since the incoming ALP government has cancelled Melbourne’s East West Link.

“The world has changed, with governments now using contracts and partnerships to deliver many services funded by taxpayers’ money,” he said then. “And yet, this money and the services it funds remain off radar, simply because Victoria’s audit legislation has not been updated. This means Victorian citizens are prevented from knowing how well their money is being spent.”

Doyle said new powers will enable his office to amend his plan to address long standing issues. “I will report on progress in early 2016-17,” said Doyle. “These powers will impact on ongoing audits as soon as they are provided.”

To promote his agenda Doyle’s office has prepared a video which includes his comments on the key highlights of the plan.