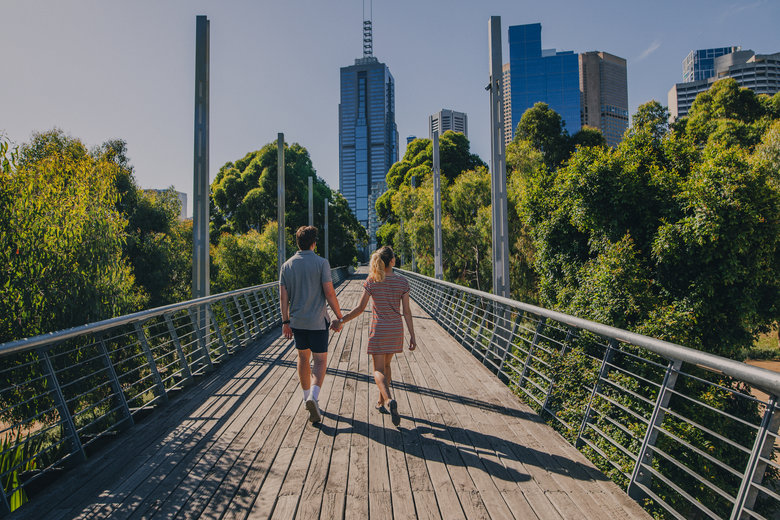 Local government has a key role to play in ensuring cities emerge from the coronavirus pandemic better and more resilient.

Local government has a key role to play in ensuring cities emerge from the health crisis better and more resilient, an national online summit heard.

But to do this, mayors need to be both proactive and interventionist, and public services have to remain at the heart of the recovery.

“In the last six months the pandemic has underlined  the ability and desire of mayors to collaborate globally to solve local problems and improve all their cities,” C40 Cities executive director Mark Watts told the Re-energise Australia: Clean jobs for Local Government summit on August 19.

C40 Cities is an alliance of mayors from 96 cities around the world which advocates for climate action and a sustainable future.

Member cities include Sydney, Melbourne and even Wuhan, where the pandemic originated.

C40 has created a green COVID recovery taskforce and published a playbook for a green recovery which looks at local government initiatives around the world, Mr Watts said.

“We’ve seen in all jurisdictions a surge in public support for public institutions, often for government at the local level – even if they’re not satisfied at a federal level – and a recognition of the importance of community and collaboration,” he said.

He said many local authorities have been able to pivot off the crisis to create jobs, invest in better public transport, ensure more green public spaces and hold onto clean air and blue skies.

Some examples from around the world include:

Seoul – 20,000 new green jobs have been created by fast tracking the retrofitting of all municipal buildings and introducing new mandatory zero emissions building standards ahead of schedule.

Los Angeles – The public energy utility is installing solar panels and wind turbines across the Mojave desert and working with the private sector to provide solar power purchase agreements, towards a goal of reaching 55 per cent renewable energy target by 2025.

Rotterdam – Mayor Ahmed Aboutaleb is supporting turning the Port of Rotterdam into a large-scale hydrogen network as a way out of the high-emissions shipping industry and investing in the circular economy.

Auckland – The city is boosting confidence in the return to public transport with an app that shows real time bus capacity, and $NZ1.4 billion has been invested to support congestion-free busways between major town centres.

Lisbon – The Portugese capital is turning thousands of unoccupied tourist rentals into affordable housing in partnership with the private sector through a program that will reclaim housing from Airbnb.  The new program, which offers tax perks to landlords, will also allow key workers to return to the city centre.

Montreal – Mayor Valerie Plante cancelled a 5,500 unit condo development to turn it into what will be Canada’s largest urban park.

Paris – Mayor Anne Hidalgo won re-eleetion on the platform of creating a 15-minute city and giving major roads back to pedestrians and cyclists.

Melbourne – City of Melbourne is creating jobs and contributing to urban greening with a program to plant 150,000 new trees, shrubs and grasses across the city.

Sydney – The city has seen a program of aggressive acceleration to build segregated cycling lanes, including initiatives by City of Sydney Council to encourage more women to ride bikes.

ALGA president David O’Loughlan told the summit Australian councils are in “a world of pain” as a result of the pandemic, bushfires, drought and border closures.

But he highlighted some local initiatives across the nation with the potential to boost the economy, create jobs, and meet green credentials.

Townsville City Council is backing the development of what will be Northern Australia’s first environmentally sustainable advanced manufacturing and processing and technology hub, while the City of Perth is implementing a climate change mitigation policy which aims to reduce emissions citywide by 30 per cent by 2030 citywide.

Meanwhile, the tiny council of Jamestown in South Australia has installed Australia’s first floating solar panel plant on top of a water treatment plant, which prevents evaporation and minimises land use, as well as controlling blue-green algae.

The recent of impact recent events has caused councils to think more deeply about what role they can play more broadly.

ALGA is calling for a climate change partnership fund of $200 million over the next four years from the federal budget as well as disaster mitigation funding of $200 million a year over four years to protect local government infrastructure against climate risks.

“Tackling climate change is not new to councils – in fact some have led the way with piloting programs around water retention, solar generation and coastal protections,” Cr O’Loughlin told the forum.

“The recent of impact recent events has caused councils to think more deeply about what role they can play more broadly.”

One thought on “Using COVID recovery to build better cities”