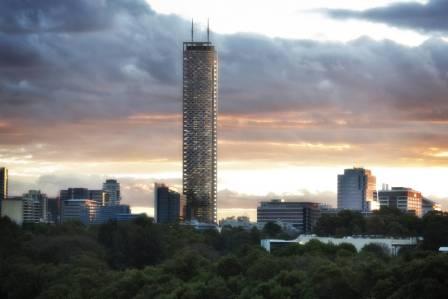 Councils that were sacked and placed under the control of administrators by the Baird Government are sneakily imposing hefty new taxes on property developments in direct contravention of state planning guidelines to prop-up their finances, a peak building industry body has warned.

Urban Taskforce, whose members include developer giants like Meriton, Mirvac and Brookfield Multiplex, is demanding an immediate New South Wales Government intervention to put a stop to a cash grab it says is being foisted on the property industry under the guise of ‘value capture’.

“The Urban Taskforce is concerned that a number of metropolitan Sydney councils are developing value capture policies as a way to earn income,” said the group’s chief executive, Chris Johnson.

The shot over the State Government’s bow is yet another problem for embattled Local NSW Government Minister Paul Toole, to whom the newly merged councils will report until September 2017 – and potentially puts him on a collision course with Cabinet Ministers.

With the forced merger of councils predicated on making them financially ‘Fit for the Future’, any cash raid under State Government appointed administrators is certain to ring alarm bells.

Government News has been told that “imprudent” and “understated” integration cost estimates have started to blow out and will risk delivering big deficits instead of savings unless ancillary revenue streams or major cost cuts are quickly found.

With ‘mum and dad’ rates and fees very strictly off-limits, the pressure to find new money is on: but it’s not a simple equation.

A major drawback of councils levying land taxes using ‘value capture’ is that the money they extract from developers would otherwise flow back to the state government to offset big investments in infrastructure.

Those investments then act to drive-up property values, thus creating a capital lift that can be put to work. But it’s a finite pot.

The project owner, usually the State Government, then takes a cut of the property sales, usually through a floor space ratio levy, and puts the money towards the project to minimise the cost and maximise the use of public funds.

Urban Taskforce is now warning that with councils now under State Government control, taking a big second bite out of the value capture cherry will simply make some major projects non-viable. 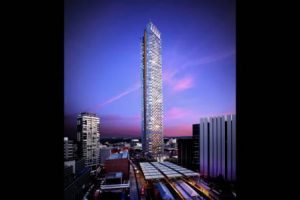 [quote]The new City of Parramatta Council is cited as a prime offender, a rather embarrassing situation in the midst of a federal election campaign where urban infrastructure in Sydney’s marginal Western Suburbs has become a key battleground.[/quote]

Urban Taskforce isn’t stupid. It knows when to pounce.

“Of particular concern was that the City of Parramatta Council included in their levy the collection of a state tax of $200 a square metre for housing alongside the proposed light rail. There is some confusion as to how State Government value capture taxes are to be collected,” Mr Johnson said.

Mr Johnson also accused the City of Parramatta Council of “selling bonus floor space at a fixed price irrespective of the individual qualities of a development site.”

He said developers held fears that despite “negotiating projects over a number of years the unexpected imposition of the proposed [council] tax would make their projects unviable.

“This is a huge unanticipated cost which throws out the feasibility of many developments,” Mr Johnson said.

“I have received advice to the contrary,” Ms Chadwick plainly told Government News.

“What I have asked for is an independent peer review of all of the work that was done by the City of Parramatta [and] Parramatta City Council to ensure that a good decision is made and informs that.”

“I have also asked for independent legal advice,” Ms Chadwick said, adding that those two documents were now being prepared and would go on to inform consultation documents that will be released.

“While I accept [Chris’ Johnson’s] concerns in relation to ensuring that that there’s a good framework around value sharing, I think what we really need to do is ensure that council’s options are on the table in the form of a document for consultation.

“And that industry have the opportunity to respond to that, together with the good ratepayers and everybody else who has an interest in Parramatta’s future,” Ms Chadwick said.

The next step in that process, Ms Chadwick says, is to release two discussion papers for consultation so that “the planning work, the policy work, the economic work and the legal work can be tested by industry.”

Ms Chadwick also firmly contested any notion that harnessing value sharing (or value capture), was a new idea linked to councils recently being put into administration.

“The CBD planning proposal of the former Parramatta City Council has been in the public domain for almost a year,” Ms Chadwick said, noting the big increase in population around the corner.

“That document – if it is accepted as a planning proposal as the new LEP – would mean a quadrupling of the current dwelling entitlements for the CBD,” she said.

“Now that document has a lot of supporting information behind it, including this concept of value sharing, including the infrastructure that that [Parramatta] CBD would need. It’s been a long process that’s led to this.”

The next step, according to Ms Chadwick, is to ensure “a proper and transparent document” is released for consultation “so that that the whole of the industry has the opportunity to respond.”

Equally, the Parramatta Administrator insisted, “ratepayers and residents” must to have their say as do “the businesses that are already in Parramatta” in terms of “the way in which infrastructure for the city should be funded, and the shape of the city that they want to live and work in.”

One of the biggest risks of the NSW forced council merger process is the growth of a palpable public perception that council administrators are simply doing the State Government’s bidding at arm’s length, thus circumventing local democracy in the process.

Ms Chadwick rejects that notion in its entirety. She says she’s satisfied with her freedom to speak out and challenge Macquarie Street in the interests of the local community under her control.

“What I am in fact doing is continuing that policy direction… wrapped around it with good transparency and integrity in decision making, which is exactly what you should expect to see from an administrator.”

Prior to being put into administration, Parramatta’s elected representatives had resolved to place a dual ‘value sharing’ mechanism into place.

It reflected gains that would be generated not just from increases in land value, but also increasing density and floor space ratios ranging from 6:1 to 10:1 attracting a levy and a so-called ‘bonus’ rate that applied to developments with ratios of up to 15:1.

Upscaling density at 15:1 isn’t just a number, it’s a high-rise goldmine for developers, but one that places real pressure on underfunded municipal services. Bluntly put, multiply a population by a factor of 15 and the rubbish that needs to be collected increases by the same proportion.

With the scale of development in Parramatta planned being so substantial, as well as the creation of planned creation of a ‘Dual CBD’ by the State Government, the reasoning behind fixing value capture levies was to make planning responsibilities to developers abundantly clear and consistent.

A major advantage for councils in adopting a consistent approach – or a flat rate – is that projected payback received does not have to be negotiated on an individual project-by-project basis.

It is also understood that since administration took effect in Parramatta the levy rate for the ‘bonus’ range of much bigger buildings was set at 46 per cent – but took into account the possibility of a state infrastructure levy being imposed, with the rate then being dialled down to not less than 20 per cent.

With so much at stake, the politics of the creation of Sydney’s second CBD is certain to remain a hot issue.