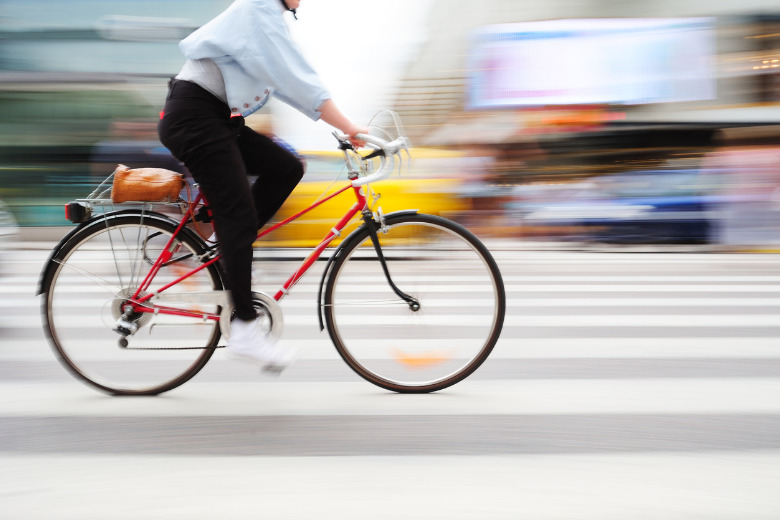 Bicycle networks are often not thoroughly planned out, with lanes ending abruptly at unsafe intersections. The risk of accidents must be managed and places an urgent need to invest in safe cycling infrastructure and the design of complete streets.

In urban design, more prominence is being put on complete streets, which balances the needs of bikes, pedestrians, public transport, delivery vehicles and cars, while also creating attractive destinations.

Some of the most endeared cities around the world, such as Paris and Barcelona, are re-inventing themselves as people-first places, prioritising pedestrians and bikes over cars. Paris recently announced $386 million in funding to add 186 kilometres of protected bike lanes and triple the amount of bike parking in the city.

1.     Prioritise bikes and pedestrians over cars. For too long, cars have been the prioritised mode of transport in Australia. To ensure safer infrastructure that prioritises low-carbon mobility, a 180-degree shift in mindset is needed in the design, management and education around the movement network at all levels of decision making. This ranges from the structure and powers of state agencies, down to the lots of little measures that add up to make a big difference.

2.     Address safety. Safety is the biggest barrier causing cycling hesitancy. In fact, an estimated 69 per cent of Australian cycling consumers would be encouraged to ride more if there was an increased feeling of safety while riding with motor traffic. The simple litmus test for any new cycling infrastructure needs to be: is it safe enough for both a 7-year-old child and their 70-year-old grandparent?

3.     Close gaps in the cycle network. Cash-strapped councils are often unable to deliver cycle network improvements, and paths often end abruptly or do not provide routes from home to key destinations, such as shops, schools, universities and public transport. These dangerous gaps in the network stop people from making the commute from home to work, school, or the shops. When cycle paths are easy to navigate and well-connected, cycling numbers will increase. Governments need to consider the greater cycling network and how different LGAs intersect, as well as accommodate for a mix of users, including routes for leisure and recreation, exercise and as a mode of transport.

4.     Create protected bike lanes. Painted-on bike lanes are the most basic level of infrastructure for government and they often lack protection from fast moving cars. Protected cycle lanes that are separated by physical barriers like parked cars, a curb or landscaping offer a buffer from busy roads. Evidence suggests they also make roads safe for cars too.

5.     Use speed to dictate how modes of transport mix. Often cyclists, and particularly e-bikes and e-scooters, are forced to compete for space with pedestrians on already busy pathways. In Australia, e-bike motors are capped at 250 watts and the power cuts out when they hit 25 kilometres per hour. At such a speed, they need to be separated from pedestrians for safety reasons and accommodated on cycle paths, protected bike lanes and on streets where traffic is slow moving. When a cyclist is hit at 45 kilometres per hour or more, they have a 50 per cent chance or less of surviving. But this increases to a 90 per cent chance of survival if they are struck at 30 kilometres per hour.

6.     Design for complete streets. Through thoughtful design, complete streets provide safe and accessible mobility for all modes of transport and ability levels, while also beautifying public spaces with greenery and making them more vibrant and appealing. More active transport helps to reduce obesity and improve the mental health of residents, it increases safety for bicyclists and pedestrians, reduces carbon emissions and can stimulate economic growth by creating attractive places with more street activity.