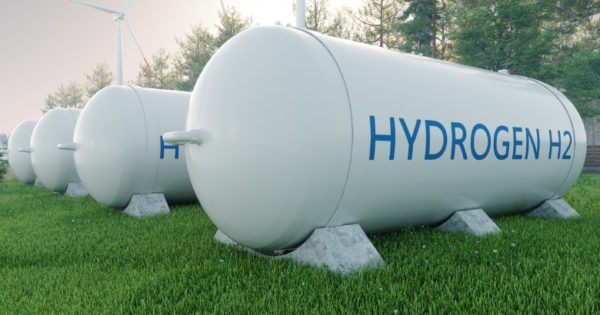 With billions in government funding expected to be released over a decade, there are several sectors that can leverage state and federal programs, writes Lana Van Wyk.

The federal government has already started investing in projects, however early adopters will also need willing and engaged state governments to ensure projects get over the line.

A further $300 million in Federal Government hydrogen funding was announced in 2020 and, more recently, an announcement of $275 million in support for hydrogen hubs in 2021.

A recent Australian Hydrogen Council white paper recommended $20 billion of hydrogen project support is needed over the next decade.

With investment beginning to roll out, there are several industries that are best placed to leverage this funding to begin forming the domestic hydrogen industry.

Industry players in metals refining and ammonium nitrate manufacturing have already gained funding for hydrogen projects. These industries have an existing use case for hydrogen to integrate electrolysers – which separate water into hydrogen and oxygen through electricity, including renewable energy – with existing brownfield operations.

Funding for hydrogen transport and refuelling projects is also emerging, due to market testing and proof of concept studies by vehicle engine manufacturers.

There are several companies that are also well placed to be early hydrogen adopters, particularly those that can build, own and operate electrolysers. It could be remote defence sites with 100 per cent availability requirements and high landed energy costs, or companies who want to have 100 per cent net zero energy supply to their facilities and outlets, requiring energy storage systems with greater capabilities than existing battery storage systems.

Early adopters could also include water treatment facilities with a demand for pure oxygen or domestic pipeline operators who traditionally cannot supply gas due to regulation but can produce hydrogen and use their own pipelines. This would provide an additional revenue stream using their existing infrastructure.

It is important to note that not every industry will be able to explore green hydrogen at this early stage. There are certain characteristics that define early adopters. Firstly, there needs to be an existing prohibitive cost of energy, either natural gas or diesel fuel delivered to remote areas, such as Victoria’s Mount Baw Baw. If we look at the mining industry in the Pilbara, truck and train fleets consume around 5000 ML per year of diesel in very remote areas.

Companies need to have existing mature technology in place for a transition to hydrogen.

For hydrogen to be viable, a just-in-time supply model is also needed – one which does not require substantial amounts of expensive hydrogen storage. This is to ensure they can produce hydrogen at the rate it is consumed. Companies would need to have access to low-cost renewable energy supply and electrical infrastructure to ensure supply reliability. Companies also need to have existing mature technology in place for a transition to hydrogen.

Those seeking to be one of the first adopters of hydrogen would also need to ensure they can generate community acceptance, customer agreements, sophisticated commercial arrangements, and put technology partnerships in place. A range of development, planning, environmental and land approvals would also be required.

Promisingly, behind the early adopters, I believe several fast followers will also emerge, particularly energy companies and industries in long distance hauling, such as supermarket chains.