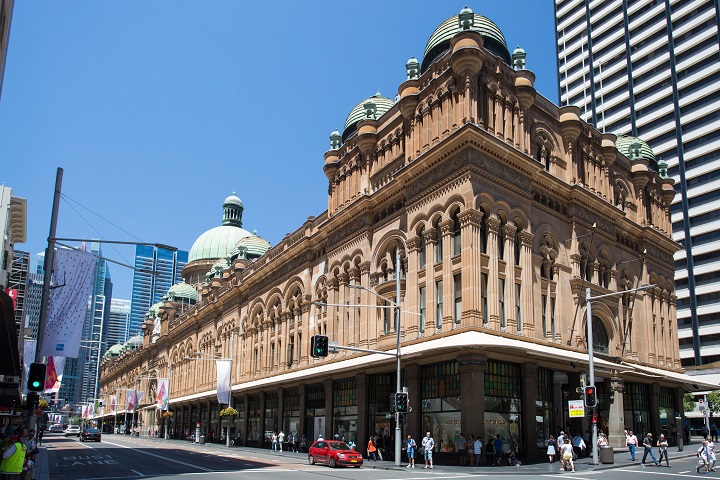 The Queen Victoria Building is among hundreds of Sydney properties with combustible cladding.

The Queen Victoria Building, Sydney University student housing and the Central Park development are among hundreds of Sydney sites identified as being at risk of fire from combustible cladding, according to state government documents.

Hundreds of public buildings in Sydney are at risk of fire from cladding, according to the documents seen by Government News.

The documents warn that 340 properties across Sydney are potentially at risk of an incident like the deadly blaze which engulfed the Grenfell Tower in London in 2017.

The Queen Victoria Building, Central Park, The Strand Arcade, and Sydney university buildings including lecture theatres, a child care centre and student housing are also among the buildings identified as at risk.

Other buildings identified as having flammable cladding include Darling Quarter, Angel Place, Sydney Corporate Park, the Star and the ABC Headquarters, where interim fire measures are in place.

The NSW Greens have accused the State Government of refusing to give councils the resources to undertake fire risk assessments.

Greens MP David Shoebridge said the buildings were  “a ticking time bomb” and urged the government to give councils powers to assess properties themselves.

“This is failed regulation by a government that refuses to take meaningful action. They have just handed the whole mess to local councils without providing any new resources or powers to fix it,” he said.

“In the City of Sydney alone, there is a list of more than 340 properties that are at potential risk from flammable cladding – but the Coalition Government is doing nothing about it.”

“Councils are in an impossible position being given lists with dozens or hundreds of at-risk properties, with no details about the nature of the risk and no resources to undertake the analysis themselves.”

A spokesman for Minister for Better Regulation and Innovation Kevin Anderson said the state government is committed to ensuring the removal of unsafe cladding from homes across NSW.

“Since June 2017, more than 185,000 building projects around the State have been reviewed to identify buildings at risk,” he told Government News.

“More than 33,000 letters have been sent or hand delivered to building owners, residents and local councils. These letters were sent to the owners of identified buildings to provide information about risk reduction and the engagement of suitable fire safety practitioners to undertake assessments of building fire safety.”

The spokesperson said that all buildings identified as having a higher risk because of the presence of cladding were referred by the Fire Commissioner to respective councils, and these councils must report to the Commissioner.

The City of Sydney told Government News that council has a dedicated team of qualified officers to deal with combustible cladding and council is currently investigating 333 properties under its cladding compliance program.

“The team investigates buildings listed on the NSW Department of Planning and Environment’s cladding register as well as other buildings referred through Fire and Rescue NSW and other sources.

“The team works closely with building owners and their representatives to determine the appropriate action to remedy any cladding concerns.”