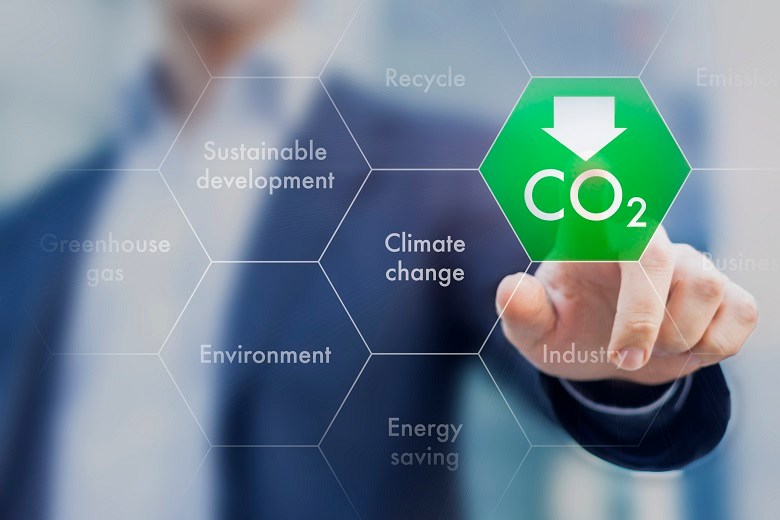 Sixty-three per cent of people in the community don't think the government is doing enough to lower carbon emissions.

Three quarters of Australians support taxing carbon-producing companies and redistributing the proceeds to taxpayers in the form of a dividend to offset cost increases, according to a community survey by researchers from the University of NSW.

Researchers from the University of NSW surveyed 1,636 people about their attitudes to a carbon tax and to the team’s proposed Australian Carbon Dividend Plan.

Under the plan devised by Professors Rosalind Dixon and Richard Hold, carbon dioxide emissions would be taxed at $50 per metric ton and the revenue generated from the tax would then be returned to every voting-age Australian, who would pocket an estimated $1,300 a year each to offset increased costs of carbon-intensive products.

Three-quarters of Australians would be financially better off under the plan, with those on the lowest incomes reaping the biggest benefit.

“It deals with emissions; it deals with balancing the harms of the environment and the goods of the economy with emissions, and it also provides compensation directly back to Australian households,” Professor Holden, of the School of Economics at the UNSW Business School told Government News.

Most support a carbon tax

When asked if they support a tax on companies that produce carbon specifically to encourage a reduction in emissions, 65 per cent of those surveyed agreed. That rose to over 73 per cent if it involved a dividend for taxpayers that also had environmental benefits.

“It’s pretty rare in this day and age for three quarters of Australians to agree on really anything at all,” Professor Holden said.

The survey also found almost 85 per cent people believe Australia needs a clear policy that addresses carbon emissions and ensures energy supply is reliable and affordable, and that two of every three Australians believe climate change is the biggest challenge facing the world today.

Sixty-three per cent said they didn’t think the government was doing enough to lower carbon emissions.

Politics getting in the way

Professor Holden says there is strong consensus for a market-based approach to cutting emissions, but politics gets in the way of good public policy.

“Every mainstream economist in the world agrees that a carbon tax is the right way to go with this kind of thing, so it’s really a political issue now,” he said. 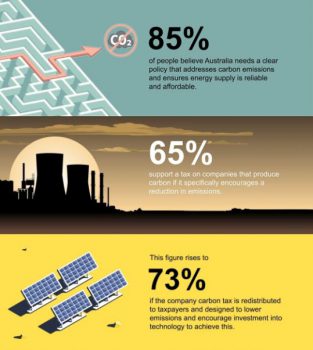 “That’s part of the reason why we thought it was important to show how the public feels about something like this … we wanted to be able to show politicians the public sentiment.”

The experience of the Gillard government, which introduced a short-lived carbon pricing scheme in 2011, showed it is possible to implement carbon policy in a relatively short time, he said.

“What they would need to do is just have a mechanism where those funds from the tax are redistributed back directly to every voting-age Australian as our plan calls for,” he said.

Professor Holden said this could be done via a lockbox system, which would store the revenue used to pay out the dividend and could only be used for that purpose.

“Our preferred way of doing that would be to start by doing it one quarter in advance so that the public could have the funds to pay for the increase in cost in carbon intensive goods that would certainly happen … but also so they could see that they really were going to get the money,” he said.

“Emissions are going up and they need to be going down, so I don’t think it’s working very well.”

One thought on “Taxpayer carbon dividend gets thumbs-up”