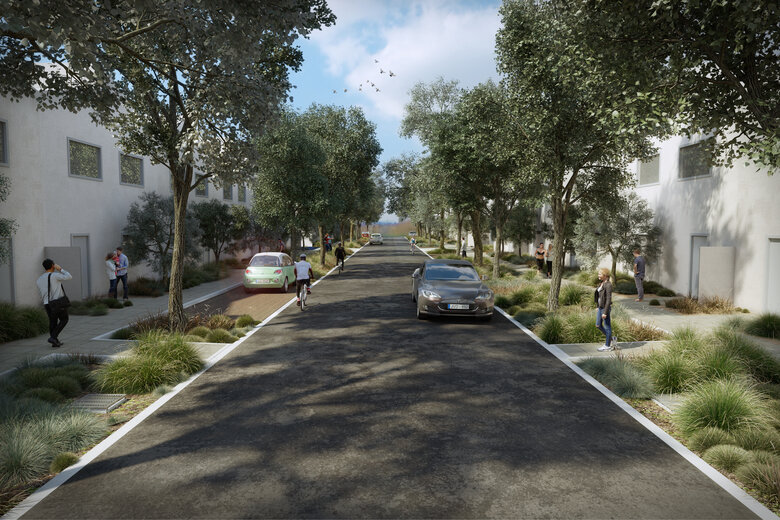 Sydney Water has developed a ‘greenprint’ for a major urban project in Western Sydney that’s being described as the first Australian development to be planned around future climate challenges.

The Urban Typologies and Stormwater Management Project will be realised in the Wianamatta South Creek corridor, which is designated as the ‘cool, green spine’ of the Western Parkland City in the planned Western Sydney Aerotropolis.

The project is based on the integration of land use planning and water cycle management.

Sydney Water Waterways Manager Phil Birtles says the plan was driven by the need to reduce the impact of stormwater flow on South Creek, but it also represents a wholistic approach to water servicing which aims to achieve benefits around health and liveability in the area.

“Our case shows how to end up with more liveable areas, how to protect green corridors and minimise the need to import drinking and export waste water,” he told Government News.

The Western Parkland City: Urban Typologies and Stormwater Solutions report, produced by Sydney Water in partnership with architecture firm Architectus and engineering consultants Bligh Tanner, says the state government’s aspirations for a ‘cool and green’ western Sydney will require a change in planning and design practice.

The report says it’s possible to reduce temperatures by up to 4.6 degrees through streetscape design and stormwater capture, and cut the number of heat stress days per summer from 47 to  19.

“It absolutely represents the future of urban planning,” he told Government News.

“We’re getting more sophisticated in the way that we look at planning because future climate considerations are becoming more and more important, and our resource usage and water usage impact on Sydney is becoming ever greater.”

Bligh Tanner project lead Alan Hoban says the plan makes it easy for local governments and developers to get it right.

“What this work does is … show people how the streets work, how the housing works in a high, low and medium density scale, we show them how industrial and commercial areas work,” he told Government News.

Mr Hoban says the millenials who will populate western Sydney in the comming years will bring with them a value shift around both housing expectations and climate change.

“It sets up a ripe market for doing urban development differently,” he says.