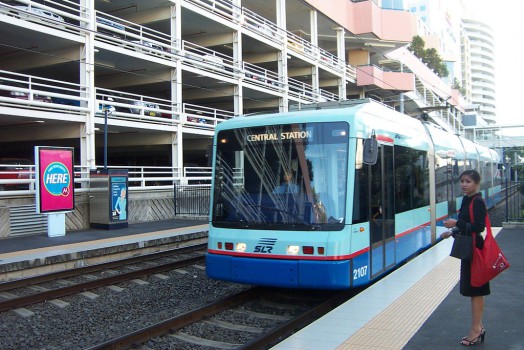 The New South Wales government has ordered six new light rail vehicles as it struggles to placate frustrated commuters hit by a week-long outage after two of its present fleet of 15 year old trams unexpectedly derailed after trackwork.

As the epic search for answers continues, Transport for NSW has revealed it will spend $19 million with Spanish company Construcciones y Auxiliar de Ferrocarriles (CAF) to supply the new light rail vehicles, which will add to a previous order of six new and four leased vehicles.

The new vehicles on order will be used on the existing Inner West Light Rail line as well as the new 5.6 kilometre extension of the line from Lilyfield to Dulwich Hill, which is expected to begin operating in early 2014.

Minister for Transport Gladys Berejiklian said the cost of the latest contract was comparable to maintaining the existing ageing fleet of vehicles.

If poorly laid tracks are to blame and the existing light rail’s wheels need to be replaced, that maintenance cost could well skyrocket.

The first six new light rail vehicles are already in production and will be available to service the Inner West light rail extension in mid-2014, Ms Berejiklian said.

“We are committed to investing in this accessible, efficient mode of transport. The new light rail vehicles ordered from CAF today will improve the service we are providing to customers to enhance their experience on our expanding network,” she said.

However the unexpected derailment of two light rail vehicles on 7th October 2013 that has become a continuing headache for commuters is expected to last for another week as operator Transdev’s ongoing investigation has discovered that the wheels had worn out through friction with the rail itself.

Although commuters will need to persevere with bus replacements that travel along the route of the light rail stations from Central to Lilyfield, Transdev has assured its customers that it is working to reinstate the service “as soon as it is safe to do so”.

Following a situation that Transdev claims hasn’t happened in the last 15 years, an investigation by independent engineering firm GHD has been examining other potential causes by conducting wheel hardness testing, rail geometry measurements, wheel and rail inspections, rail profiling and inspections and simulations of the wheel rail interface.

Transdev also expressed suspicion that recent essential rail infrastructure works may have played a role in the derailment, which is also being investigated.

But Transdev explained that plans for service rectification are “well underway” and include wheel repair and replacements and rail grinding works.

The results of the investigations are expected to be reviewed by the Office of the National Rail Safety Regulator (ONRSR) before the light rail services are allowed to recommence.