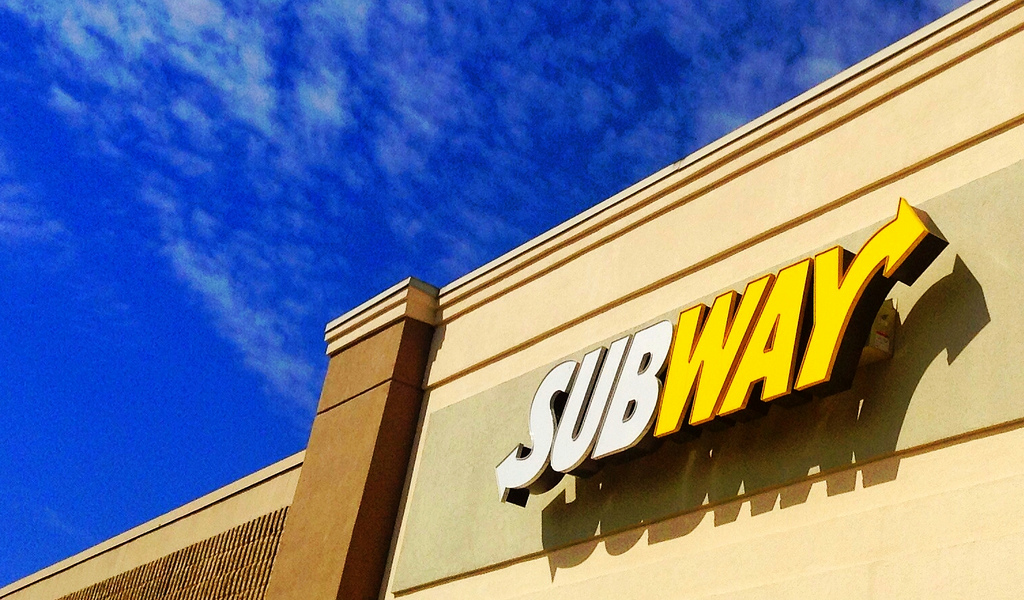 Subway, the company famous for its foot-long meatball subs, has made a landmark foray into the school canteen market after it secured a deal to provide lunches to children attending an independent school in South Australia.

In a precedent certain to stimulate appetites among multi-billion dollar fast-food chains operating in Australia, Golden Grove Lutheran Primary School in Adelaide is making waves after it farmed out the preparation of school lunches two days-a-week to the sandwich giant.

The arrangement between the school and Subway is a highly significant development for both the children’s education sector and the fast food industry, not least because of the passionate, ongoing debate and controversy over whether convenience food chains market to children; and whether their marketing practices are contributing to child health problems including obesity.

Dominos Pizza in the US already delivers its kid-engineered “Smart Slice” to American schools, which comes loaded with one-third lower salt and fat pepperoni, low-fat mozzarella and a 51 per cent white whole wheat flour base.

Subway’s entry into Golden Grove came after parent who ran a local franchise suggested the idea after her children’s classmates asked for Subway sandwiches. She went into partnership with the school and Golden Grove children were offered the choice of a 4 or 6 inch sandwich, water or juice and a cookie for lunch.

Subway’s big advantage is that its core offering is essentially a variation on the tuck-shop classic of a salad roll.

And despite the considerable attention, a New South Wales children’s health promotion charity schools says schools struggling to run their canteens could do worse than to outsource to Subway.

Jo Gardner, chief executive of the Healthy Kids Foundation which has 1100 school canteen members across NSW, said Subway’s sandwiches and wraps could be fine, providing the fillings were not high in saturated fat and salt.

However, she was concerned about the inclusion of the cookie and the size of the juice offered, which she thought was 500ml.

“The nature of the food from Subway, which is fresh rolls and cheese or meat and salad: there could be a lot worse,” Ms Gardner said. “If you’re talking about outsourcing to McDonalds or KFC it would be quite problematic.”

“But I would want to see wholemeal sandwiches, rolls or wraps, low fat cheese and ham and no processed meats high in nitrates, salt or fat.”

She pointed out that the children at Golden Grove Primary School were only offered Subway sandwiches Monday and Tuesday. The school contracted out its canteen from Wednesday to Friday five years ago and it is managed by a neighbouring school.

South Australia’s Right Bight nutrition policy, which governs what can be sold in school canteens and preschools, allows fruit juice only if it is 99 per cent juice – which Subway’s is – and no bigger than 250ml.

Cookies, however, are a “red traffic light” food, which means it can only be sold in school canteens or at events twice a term.

A Subway spokesman said the example of Golden Grove was a “local franchise initiative” before adding that “Subway does not have a national school lunch program.”

He understood children were offered low fat options like turkey, ham and roast beef but he said a salami sub was also offered “for variety”.

The juice was not a standard national product but many franchises chose to stock Golden Circle Popper Apple Juice (250ml), which had no added sugar or preservatives and was 99.7 per cent apple juice.

South Australia’s Department for Education and Child Development said that the state’s school canteens were supported by the Right Bite policy and were “generally very healthy”.

“It is up to schools whether or not they outsource their canteens, however the Department expects outsourced providers to comply with the Right Bite policy,” said a spokeswoman.

Of the state’s public school canteens, 49 per cent were operated by schools; 17 per cent had an alternative food supply, like a local deli, and 12 per cent were outsourced. Sixteen per cent did not have a canteen.

Schools are increasingly outsourcing their canteens. Ms Gardner said that around 365 of the 2,223 NSW government schools had already outsourced their canteens, representing about 16 per cent of all public school canteens. She said this earned around $5.5 million in leasing fees for the NSW Department of Education.

Outsourcing was growing in popularity because of the complexities and requirements of operating a food business, which included: food ordering, staff management, food safety and nutrition standards, equipment maintenance and difficulty attracting reliable volunteers.

“From our perspective, if it assists the school to provide a food service that’s needed and wanted in the school and what’s on offer meets the (nutritional) guidelines there’s no reason why it shouldn’t be supported,” Ms Gardner said.

Jill Drury, chairperson of the South Australian School Canteen Network, said there was a mix of outsourced and school-run canteens in South Australia but she did not know of any other school with a similar arrangement in place with a fast-food company.

“Schools need to do what is best for them, as long as the company offers items that are within the Right Bite policy,” Ms Drury said.

“Other schools may very well follow Golden Grove if it the best thing for their school,” Ms Drury said.

Golden Grove Lutheran Primary School did not comment by deadline but the school’s website says:  “We believe this direction is a positive one as it provides families with a service and option for Mondays and Tuesdays and is a healthy choice as we have a restricted menu available,” said the website.

“Schools have been outsourcing lunch orders for many, many years and this arrangement is mutually beneficial for families who can choose a cheap and nutritious option for two days a week when they weren’t able to before.”