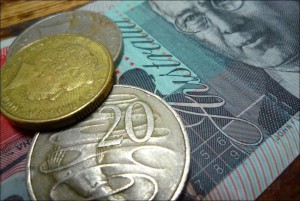 The Australian Taxation Office is set to be rocked by strikes in the critical run-up to the end of financial year after several thousand unionised public servants voted overwhelmingly to take industrial action over the Abbott government’s stalled enterprise bargaining negotiations.

After months of retrenchments and delays getting a new pay deal to more than 21,000 ATO employees, staff at the agency appear to have finally lost patience with its management and the government over the dilution of conditions and entitlements that the Community and Public Sector Union says has produced an untenable offer that adds five work days a year for a sub inflation increase of just 0.8 per cent.

The minimal increase bargaining approach may save some taxpayer’s money, but it palls in comparison to how the stalling of wages growth in the wider economy has blown a bigger hole in the national tax take from PAYG collection.

According to the CPSU a protected action ballot of its members at Tax held on Thursday recorded a massive 94 per cent ‘yes’ vote in favour of industrial action with a participation rate of 73 per cent.

The addition of Tax to the already long line of agencies – at last count around 15 –whose staff are legally in industrial dispute with their federal government employers points to a miserable 2015 winter and spring that will be marked by highly targeted and sustained actions.

As an industrial adversary, the CPSU has largely tended towards playing a long game aimed at locking in public support and gradually shifting the government’s so-far hard line position on putting forward below inflation pay increases coupled with the dilution of conditions that for many public servants are as if not more important than a straight pay increase.

Nerves are particularly raw at agencies like Tax and Human Services which have suffered substantial job losses under public service cuts, with Tax alone shedding 4400 staff over the past 18 months according to the CPSU.

Although financially effective, the hard pruning of public service headcount up-front comes at a potentially steep cost to the government because it effectively forfeits the tactical use of layoffs as a tangible threat to persuade public servants who might otherwise fear for their jobs.

The union’s holding out could also run the dispute into the run-up to the next election.

Another issue facing ministers and departmental chiefs is that public servants that deal with the public everyday — like Tax, Human Services and even the Bureau of Meteorology – can easily communicate their messages to a mass audience far more cost effectively than the government can put its case forward.

“This Government has severely misunderstood and underestimated the commitment of this workforce to defend hard-won conditions and fight for a fairer deal,” said CPSU Secretary Nadine Flood.

“Unfortunately [Senator] Abetz is more interested in taking industrial relations back to the dark ages, than in talking to us about finding a better way forward.”

The CPSU is also rolling its organisational artillery up to the government’s border in terms of what is expected to be a long-running series of legally well-coordinated attacks.

The CPSU this week revealed it had mustered at least 70 “rank and file leaders” in Sydney to “decide the union’s plans as more public servants push back against the government’s aggressive approach to bargaining and public sector job cuts.”

The group is described as a “council of war” that will thrash out order of play and the levels of industrial action that will be applied.

Politicians have already been put on notice that flights in and out of Canberra during Parliamentary sittings could be targeted for disruption.

There’s also no shortage of campaigns to organise, with industrial action underway across 15 Commonwealth agencies that covers just over half of the 159,000 APS headcount.

Politicians travelling overseas could also find life on the road more challenging after the CPSU on Wednesday applied to the Fair Work Commission to run a ballot of its members at Customs and Immigration on whether to take protected action.