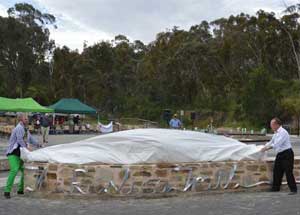 They say that all politics is local.

But it’s not every day that Australian local governments and their mayors get to help make the call on who can take power at their state government level based on issues that affect councils and their residents.

That’s literally the situation that seems to be unfolding following the surprise result in the South Australian state government election where a clutch of key independent members now hold the winning hand when it comes to deciding who will take power.

With two state elections over the weekend it was easy to miss that the South Australia’s independent state MP for Frome, Geoff Brock, has said that he now needs to talk with councils in his electorate before making a call on who he may or may not support.

It would be fair to assume that there will be some sober reflection at Coalition HQ over whether the overtly populist tactic of taking a stick to the back legs of councils could now cost them government.

The obvious inference is that councils grab excessive money and then deliver little for it. That may be the stereotype in parts of the tabloid and talkback media, but there’s a real question of whether the majority of people actually feel that way – especially if they’re parents relying on council child care rather than self-funded retirees sitting on escalating property values.

What seems to have been conveniently forgotten in the political playbook is that many electors now increasingly vote on local issues. It’s also one of the main reasons why independents get up in the first place over major party candidates that are seen as beholden to their political brand.

Now those communities that voted-in independents are set to reap the benefits that flow from holding the whip hand in the same way as Tony Windsor, Rob Oakeshott and Bob Katter all maximised their influence for the advantage of their individual electorates – which is their job.

When Frome’s independent state MP, Geoff Brock, says he needs to have talks with councils in his electorate, he really means two things.

The first is that councils should put together a wish list for him to put down on the negotiating table.

The second is that cutting local governments out of the deal isn’t going to happen.

The LGA is keeping its own counsel as the negotiations drag on. But in private, they will be telling both sides that their level of government has never been as important.

And many electors, once again, will be wondering why Australia needs state governments at all.