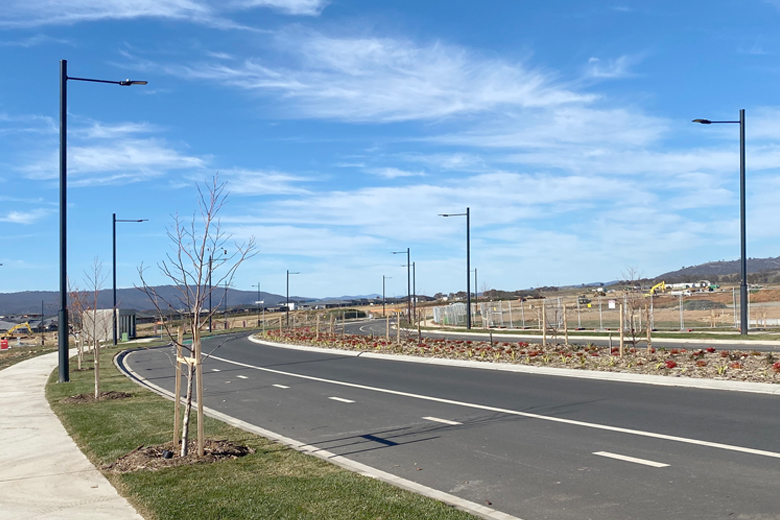 The rise in smart cities has increased visual clutter in the streetscape and the need to harmonise smart city deployments, and one company believes it has a solution.

Urban Aluminium is an Australian designer and manufacturer of aluminium smart poles that enable councils to locate smart city equipment on poles in a structured manner.

Director Ian Hutchinson said that smart technology is the way of the future.

“If you’ve got all this technology, which you want to capture data with, you’ve got to put it somewhere that is safe, secure and unobtrusive,” he told Government News.

Mobile base stations, in particular, have become an eyesore for most communities, with its wires hanging off light poles.

Urban Aluminium has partnered with OneWiFi, a company that provides smart city solutions, to produce this infrastructure.

Mevan Jayatilleke, managing director of OneWiFi, said most councils are looking to minimise duplication of infrastructure on their poles, both organically and from commercial entities.

“I think probably the biggest attraction right now is to find a way to harmonise mobile infrastructure,” he told Government News.

“The fact that these poles can hide unwanted clutter, while providing increased functionality and avoid duplication of mobile infrastructure, is very advantageous to all stakeholders.”

What can smart poles do?

Other functionalities include CCTV, WiFi, a public announcement system, foot traffic analytics and information about environmental conditions. They can even be used to charge electric vehicles and mobile phones.

“We look to incorporate as many functionalities as possible to future-proof and maximise the return on investment for the client, which is generally the local government,” Mr Jayatilleke said.

“The poles help the councils provide better services to the community, such as increased utility to its citizens through the number of enhanced services and data insights collected at these locations for better town planning.”

Mr Hutchinson believes this feature is a great advantage.

“You don’t waste lots of electricity by having lighting that’s on when it doesn’t need to be,” he said.

A feature that sets the smart poles apart is their versatility.

“We have an integrated system, a bracketing system, where we can add IoT technologies to the poles and take them off over time without damage to the pole,” Mr Hutchinson said.

“And we have the strength in our poles to put sizable items on the poles in the future that we might not even know about today.”

This is one of the keys to their design, allowing councils to replace technologies as new applications are developed, and is what sets them apart from traditional wooden or steel poles.

“If you were to say ‘I want to put an electronic display sign on that’, for example, the chances are you’ll never be able to because it won’t be strong enough as the poles were designed for a light fitting only.

“You’ve got to strap things on or you’ve got to weld another bracket on, assuming the pole can take the load, not to mention creating a corrosion risk when you modify such a pole.”

In 2018, Urban Aluminium began working with PEET, the developer of the regional New South Wales town of Googong, to house 18,000 people in 6,500 homes.

It was PEET’s vision to build a smart connected community and the project will be rolled out over 10 years.

To date, Urban Aluminium has supplied 175 smart poles to strategic areas. The poles carry smart lighting and are all capable of accommodating sensors and other applications, now and in the future.

“Feedback from the developer was they were happy with the aesthetics and functionality of the poles,” Mr Hutchinson said.

Citizens can access information from the various smart city applications deployed on each pole via the mobile community app, and this was another first from OneWiFi.

For instance, it allows citizens to check the weather, number of available car spaces at netball courts, how many barbeques are free, nearest free WiFi and the location of smart bins and EV charging units.

Citizens can even book a barbeque and check how full the nearest rubbish bin is.

“This is a significant and critical project and we are able to work with the systems integrator OneWiFi,” Mr Hutchinson said.

“We supply the poles that they use to deploy smart city application equipment in a harmonised way.”

The benefit of hiding infrastructure within the poles is that they look aesthetically pleasing.

“Aesthetically it’s not obtrusive and quite sympathetic with the environment,” Mr Jayatilleke said.

“You can hide a lot of the infrastructure inside the cavity of the pole and the base, so you don’t end up with a Christmas tree.”

Mr Hutchinson said the poles are able to take on a substantial load.

“Very importantly, they’re passive safe, which means that should they suffer impact from a vehicle, they will minimise the risk of injury to the occupants,” Mr Hutchinson said.

“For example, you can hit a pole at 60 kilometres an hour and it will absorb the impact to an extent and then it will shear off and generally the vehicle occupants are safe.”