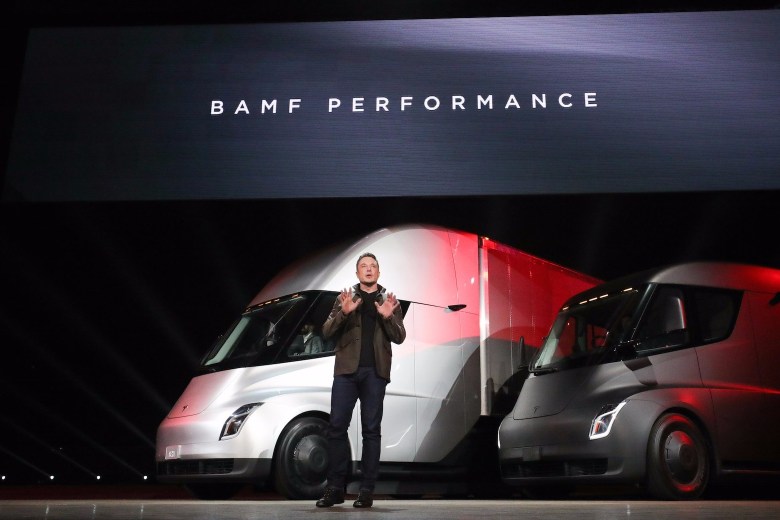 We haven’t witnessed such changing times in the automotive business since the introduction of emissions laws in the 1990s, writes Allan Whiting.

Electric componentry is coming to all vehicle classes and it’s coming fast.

The radical change in the global attitude to diesel engines is dominating future vehicle designs from Europe and China. Before ‘VW-gate’ Europe was committed to small turbo-intercooled, common-rail diesels and now has switched to small petrol turbo engines.

Chinese car and SUV makers have said they won’t produce diesel-powered vehicles in the future. The Chinese-built Nissan Terra – the wagon version of the Navara ute – has just been released in LHD only at this stage, with petrol power.

In the US, small diesels never took off and it was VW’s efforts to ‘dieselise’ America’s car market that led to its emissions-law violations.

Small diesels are dirty words in Europe, the US, Japan and China and, even in India, older diesels are banned from entering central New Delhi.

Most major global car and light commercial makers are phasing out small diesels in favour of supercharged or turbocharged, direct-injection petrol engines, with and without hybrid drivelines. European car bosses have said they’re scaling back diesel production.

The latest three-cylinder, 1.2–2.5-litre forced-induction petrol engines have diesel-like characteristics and economy, and easier emissions compliance than the diesels that have cost VW and other makers so much in fines and customer confidence.

Interestingly, in the US, the 2019 RAM 1500 comes with a petrol V6 hybrid powertrain as standard.

What’s happening in Australia, where the biggest selling vehicles are diesel utes, couldn’t happen anywhere else in the OECD. In the short term, Australian buyers will continue to have diesel utes, light and heavy trucks, but long term it will be different.

Global makers will continue to push existing car and ute diesels into markets where they’re still accepted, but innovations in the small diesel world are unlikely.

The next round of global emissions laws could kill off the small diesel entirely.

Straight electric vehicles, charged from mains outlets, are already operating in increasing numbers around the world, including in petrol-mad USA. China makes more electric cars than the rest of the world’s production combined.

All countries that make electric vehicles provide subsidies to encourage their use and European makers have recently combined forces to increase the number of charging outlets across the EU.

However, no-one believes that pure-electric cars and SUVs could fill the role of IC-powered ones in Australia, even if our energy-policy-blind Federal Government wakes up one day to what’s happening everywhere else.

Interestingly, several global truck makers, including Daimler-owned Fuso, have experimented with hybrid drivelines and are currently more interested in pure-electric trucks, despite their small operating range of around 150km.

I recently drove a prototype Fuso eCanter in Japan and was very impressed with performance that saw the diesel model left well behind. Limited production of the eCanter is already underway in Europe, for EU and USA customers who are happy with its short range, for metro-distribution work.

A larger, 23-tonnes-GVM, three-axle Vision One electric Fuso truck is also in development.

In Australia, Isuzu Truck has employed a Melbourne-based company to deliver production all-electric versions of its metro trucks within the next two years.

In my discussions with global truck company engineers it seems that emissions-compliant hybrids are simply too heavy and complex to be worth the effort. Pure electric, battery trucks are simpler.

Every major truck maker and some engine makers have prototype electric vehicles, but production isn’t committed at this stage.

Looking at the two production electric trucks that are available gives us a clue as to why there aren’t more offerings yet.

The Fuso eCanter is being evaluated by selected fleets and is restricted to short-haul work by its very limited operating range.

California’s Wrightspeed waste trucks are converted Macks and aren’t true electric trucks, because they rely heavily on a turbine electric generator that aids regeneration in keeping the batteries charged.

The system is designed for waste collection and justifies its considerable cost by the savings in fuel and brake wear it brings to this traditionally thirsty, high-maintenance operation.

What of the touted linehaul trucks being offered by Tesla and Nikola?

The best engineering assessment I’ve read on these machines was done in April 2017 by US engineer, Randy Carlson, on the Seeking Alpha website.

His conclusion was that the only way an electric linehaul truck could be viable was with a battery-swap system. His projected electric truck used a hollow box-girder chassis that allowed battery swaps to be carried out en route through the front of the vehicle.

Replacing a truck powertrain with batteries doesn’t involve the same weight and space penalty as when doing the same exercise with a car or light commercial vehicle. Light vehicles don’t have enough battery room or weight capacity and so the majority of development is split into pure-electric, short range city electric vehicles (EVs) or longer-range hybrids.

Most of the car and SUV hybrids available in Australia are ‘mild hybrids’, with enough battery capacity for around 50-80 ‘electric’ kilometre range. After that, the IC engine cuts in.

Even so, a hybrid in typical metro use can be a great fuel saver – witness the almost universal acceptance of Toyota Camry Hybrids and Prius as taxis around Australia.

Toyota didn’t become the global market leader by accident and it’s interesting to note the emphasis this company is placing on the generic term ‘hybrid’ in its Australian-market advertising. In mid-June, Toyota cleaned up at the 24-hour race at Le Mans, with hybrid race cars.

Medium term, we’ll see an increasing number of pure EVs and petrol hybrids at the light end and some full-electric medium-weight metro-distribution vehicles that can be recharged overnight.

Long term predictions are more difficult, because solid-state batteries that are due in the early 20s claim up to three times the energy density of existing batteries and much quicker recharging.

That said, it will be quite some time before we see battery-powered A-B Quads ghosting along inland highways.

Allan Whiting is a journalist and editor who specialises in reporting on fleet.