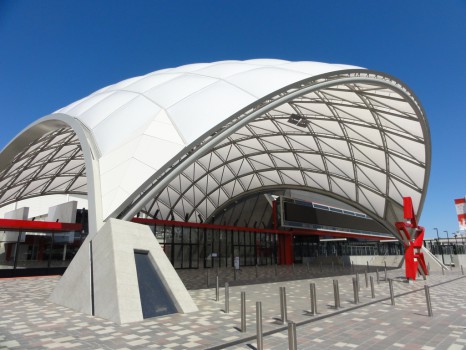 The South Australian government has staged a conspicuous intervention in the state’s $4 billion a year public sector procurement market after it doubled the level of preferential treatment for bidders who can show that they are generating jobs in the state.

In a move clearly targeted at trying to limit the knock-on-effects of the decline of the automotive manufacturing sector, Premier Jay Weatherill has mandated that year weighting for evaluating tenders under Industry Participation Plans will jump from five per cent to 10 per cent in key sectors.

Although controversial with other states, the tender evaluation weightings are a the key mechanism in requiring state government purchasers to factor in local employment consequences when buying goods and services.

Some suppliers, particularly those that operate outside SA but sell into the state, regard the weighting mechanisms as an unfair impost that amounts to a subsidy for local industry.

However Premier Weatherill and his Small Business Minister Tom Kenyon are making no apologies for the interventionist tactic.

“Until recently most procurement evaluation guidelines have not even considered employment and investment outcomes. This must and will change,” Mr Kenyon said.

The South Australian government has also roped in Deloitte Access Economic to provide the hard evidence to back its approach in the form of an independent review on “how procurement can lift economic growth and development in South Australia.”

“Deloitte’s advice was that procurement policies that promote economic development will focus on employment and investment and the use of local suppliers, both in direct procurement and through sub-contractors,” Mr Kenyon said.

“The report identified this as a critical finding and strongly recommended changes, so all State Government contracts above $22,000 will now for the first time have an emphasis placed on employment as part of the assessment process.”

Another requirement incumbent on state government buyers will be an “employment contribution test” that is being applied through what the government calls a “simple set of questions to determine if the goods or services are available locally.”

Additionally, the test will also gauge “the number of local jobs that will be generated by the [government] contracts,” Mr Kenyon said.

He said the Deloitte review had identified four sectors of procurement purchasing that could deliver more economic contribution to the state.

“From July 1 this year Industry Participation Plans for these sectors will receive a minimum weighting of 10 per cent in evaluation – up from 5 per cent. This applies to contracts in these sectors over $4 million in metropolitan Adelaide and $1 million in regional SA,” Mr Kenyon said.

He said increasing the weighting to 10 per cent will increase the importance of employment and investment and local supply chains in the results of government tenders.

However some businesses are wary that the upping of the local weighting amounts to a last minute push from the Weatherill government that is intended to make small business owners think twice about voting out the Labor government at the state election on March 15th.

Another important question surrounding the policy is whether local governments could be roped into the requirements given that they are effectively subordinate to the state government. While most councils actively promote and support businesses in their area, that enthusiasm may not necessarily extend to more centralised control over local government procurement.