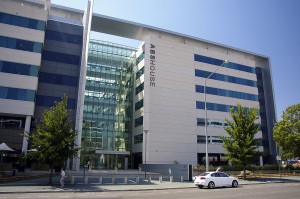 There’s something very awkwardly amiss in the controversy surrounding the potential scrapping of Australia’s five yearly census conducted by the Australian Bureau of Statistics and it boils down to a just a couple of key numbers.

Ask yourself this: if the cost of Australians securely self-completing census questionnaires electronically and online is logically far less than sending around 43,000 mostly temporary collectors door to door, why has a cost that should be dropping sharply suddenly become too much to bear?

According to the ABS’ own numbers the last Census in 2011 was slated to cost $440 million or around $19 per person.

“The largest single cost is $159 million in salaries paid to around 43,000 people to help deliver and collect the Census forms,” says the ABS in its own fact sheet on the 2011 sweep.

Obviously, if paper forms are completed and scanned, the Census’ cost then grows proportionally with the population because there are more responses to collect, count and analyse.

But people have moved away from paper forms — and so too for a good part has the ABS.

During the 2011 Census, the ABS calculated that “2,706,051 households submitted their form via eCensus, representing a national eCensus take-up rate of 33.07 per cent for all occupied private dwellings.”

That figure was more than threefold the electronic take-up rate back in 2006 when eCensus was still on training wheels and effectively an experiment.

At conferences where the ABS has talked about the eCensus — and it’s a development that has justifiably won awards for innovation — there has clearly been an expectation that for the 2016 eCensus (if it happens), online filing will be by far and away the dominant channel with paper likely reduced to the exception rather than the rule little, probably at 80 per cent but maybe even lower.

It doesn’t necessarily translate that labour costs will flip exactly in proportion — you wouldn’t want to caught short for example — but the savings are clearly huge.

And there are obviously IT infrastructure costs to factor in too, not least because ABS basically has to lease what is almost a giant, purpose built hosting and collection machine to suck up and process data from more than 22 million people over the course of a week or so.

It’s a bit of a bespoke build, needs plenty of grunt but at the end of the day the price of computing power is dropping, not rising, so it’s a sensible way to go.

The reported figure for the tech build for eCensus was $9.6 million, with the deal logically going to veteran big iron and mainframe merchant IBM.

So just as the Census is likely to be very significantly cheaper per head to run, it seems about to be parked.

Between the various statements made by politicians like Parliamentary Secretary to the Treasurer Kelly O’Dwyer and the ABS’s own lines, is clear that the nearly moribund state of funding at the stats agency has come home to roost.

The story started with the Sydney Morning Herald reporting serious uncertainty around the future of the Census fuelled by a set of suggestively ambiguous set of weasel words from Ms O’Dwyer’s office. By mid-afternoon that had changed to the ABS supposedly bowling-up the idea to run the Census once every decade instead of every five years.

The justification for the delay — not forgetting the lowered cost of Census collection – is ostensibly that the ABS’ core IT systems, are in such desperate need of an overhaul something has to be thrown overboard to the tune of around $400 million.

What this tells us is that the core systems infrastructure, especially software applications and operating environments, have been sweated and run down for so long that the stats agency has now run out of financial runway.

Of course the ABS is far from perfect and there is a cogent argument that some of the ways its collects and compiles data are outdated and less than comprehensive.

Yet surely a large degree of that problem arises from more than decade of neglect by politicians who preferred to starve a perennial bearer of bad news and annoying numbers than let it beef up and modernise its offerings.

During the Howard era a major irritant was Australia’s lagging broadband statistics and an apparent disdain for noisy and frequently critical innovation industries developed. There wasn’t exactly encouragement to come up with more annoying numbers.

Anyone who has ever tried calculating the value of Australia’s software exports (as opposed to shrink wrap imports) based on ABS numbers will attest to this.

What has changed manifestly since then is that the importance of fast and accurate data and communications in business and everyday life has now reached such a critical level that it’s the lifeblood of good government, planning and business development.

Yet somehow the ABS seems to have been left languishing in a different era.

That’s not just shame, it’s an economic liability for the nation because the need for an independent, authoritative, competent and technologically enabled collector and custodian of national data and statistics to provide a holistic overview of the nation has never been more pressing.

There may well be a need to restructure and revive the ABS to make the data and information it generates more timely, accurate and relevant.

But junking the Census or even paring it back to just once a decade isn’t a good way to start, especially if new legislation is needed to do that.

Sooner or later you run out of messengers to shoot.

3 thoughts on “So why scrap Census if costs were dropping?”