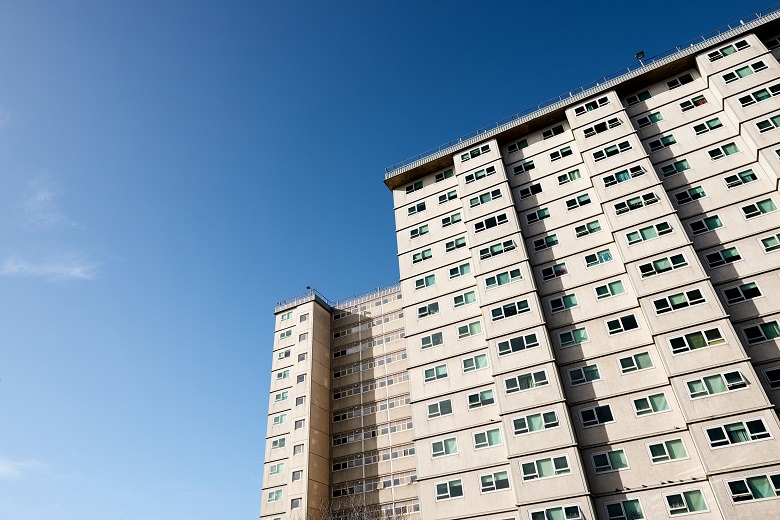 Policies designed to encourage social housing clients to transition out of the system may actually be contributing to the backlog in waiting lists, a social housing expert says.

New research from the Australian Housing and Urban Research Institute (AHURI) shows that social housing applicants can spend up to ten years on waiting lists and says policies are more focused on managing the queue than meeting the needs of tenants.

Separate government statistics released by the AIHW show 803,900 Australians were living social housing in 2017-18. The report said more than a quarter of those considered in greatest need had to wait more than a year, while half of those not in greatest waited more than two years before being allocated housing.

Dr Chris Martin, a Senior Research Fellow with the UNSW City Futures Research Centre who contributed to the AHURI report, says a fixation with moving people out of the system has resulted in increasing surveillance of households, which have become increasingly required to report on income and undergo ongoing eligibility checks.

“The intention has been if people increase their income they should be made to move out of social housing,” Dr Martin told Government News.

“But I think more likely it’s had the opposite effect – it means people will may be discouraged from taking up opportunities that may come up to increase their income.”

The constant surveillance may also affect decisions about who joins a household, or whether an adult child is encouraged to leave the household when they start earning money.

“This idea that has taken hold recently … that there’s a continuum in social housing and a transition from crisis housing, to social housing to public rental,  is a false idea,” Dr Martin says.

“Tyring to pursue that false idea that people are transitioning has meant that ironically households don’t move so often, that they freeze up the system because they are discouraged from taking up opportunities.

“The idea of social housing being this transitional thing, and that policies always need to keep watching people and moving them on, I think that definitely needs to be revisited and re-thought, because it is actually doing damage.”

The AHURI report, The construction of social housing pathways across Australia released this month, says a positive outcomes for tenants and their households should always be the top priority in social housing policy development.

“Our data shows that several of the policies affecting social housing pathways are strongly influenced by a need to manage the social housing wait list, rather than ensuring positive outcomes for tenants and their households,” the report says.

Low income not enough to get into social housing

The researchers say that although eligibility for social housing involves income and assets, low income on its own is often insufficient to get a tenant into accommodation, as priority is  given to complex needs such as disability, mental health, family violence or homelessness.

“The most common pathway is homelessness or risk of homelessness,” the report says. “The need for shelter alone is rarely enough to trigger entry into social housing.”

It says while it makes sense in the face of a supply shortage to prioritise those with the greatest need, the policies that determine priorities risk being influenced by ideology, such as “deserving” versus “undeserving” poor.

Meanwhile a separate report prepared by Landcom examines the emergence a mainstream build-to-rent sector and its potential to widen housing supply.

Build to rent is a form of residential development involving purpose built apartment complexes held in single ownership, as opposed to multi-unit blocks which are sold to individual owners. It says eight projects have been announced since 2017.

Landcom says unless subsidised under rezoning, BTR would not generate affordable housing or ease wider housing affordability, but it does have potential to increase housing diversity, lift construction and management standards and provide a more secure form of private rental housing, as well as contributing to overall housing supply.

The report calls on the government to support the establishment and expansion of a BTR  sector in Australia via a more level tax and levies playing field.