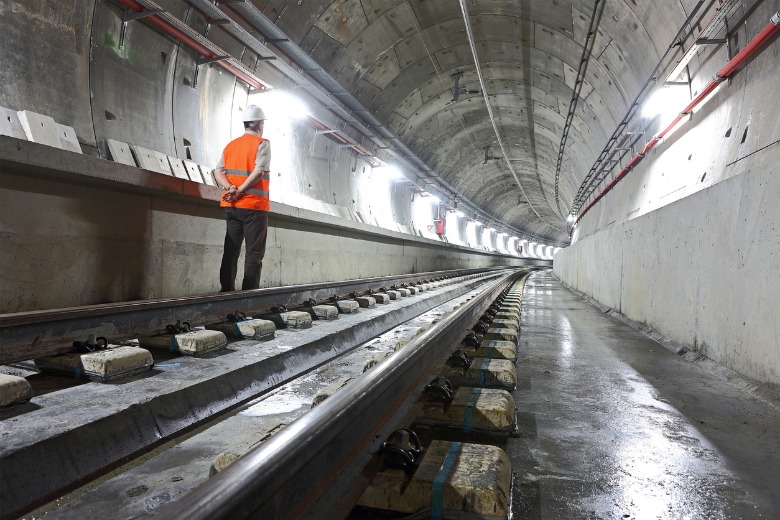 A report says Melbourne's Suburban Rail Loop is on track to becoming an under-utilised debt bomb.

A likely slowdown in Melbourne’s population growth will mean one of state’s biggest transport infrastructure projects won’t be needed, a report says.

The $100 billion-plus Suburban Rail Link is intended to provide an underground orbital heavy rail line through Melbourne’s middle suburbs and has been positioned by the state government as the pinnacle of its Big Build, which is designed to tackle the city’s transport problems.

The government says the new line will carry more than 430,000 passengers between Cheltenham and Melbourne Airport daily by 2056, taking more than 600,000 cars off the road each day.

But a report recently released by the Australian Population Research Institute titled The Suburban Rail Loop: not needed, not fit for purpose and a debt bomb argues that the project overestimates both Melbourne’s population and public transport demands, and fails to take into account trends that will affect the city’s population,  including rising house prices, lack of suburban housing stock and the post-covid shift to working from home.

The report’s authors Bob Birrell and Ernest Healy also criticise the project for lack of transparency, saying  that  when it was was announced prior to the 2018 state election there was no opportunity for any public examination of its merits.

The government bases the need for the SRL on projections about Melbourne’s population, which it claims is expected to grow from 5.1 million to 9 million by 2050.

But report says this figure is “highly unlikely” and something in the vicinity of 7 million is more realistic.

“Melbourne will continue to grow but … at a much slower pace than is assumed in the State Government’s case for the SRL. This likely slower pace of population growth is a direct challenge to the viability of and need for the SRL,” it says.

The report says with a cost of at least $34.5 billion for just the east section of the link, the government should be prioritising renewable energy instead of infrastructure white elephants, and  cheaper options, such as bus links and light rail, should be considered.

According to budget papers, off-budget borrowing to fund infrastructure will reach $182.3 billion by 2024-25. But the report says while the papers describe the SRL as ‘the most significant infrastructure and placemaking investment undertaken in Victoria’ the government is still trying to figure out where the funds will come from.

The cost for all three stages has been estimated at up to $150 billion, a figure the government hasn’t denied.

Construction of stage one, SRL East, is underway and is scheduled to be finished by 2035. Stage two, SRL North, has a 2056 completion timeframe, and SRL West is “subject to further investigation, planning and development”.

The report says the SRL will fix in stone an immovable piece of transport infrastructure at the same time as the likely slowdown in Melbourne’s population growth is set to diminish the State Government’s cost and infrastructure burdens.

“There is a real opportunity for the State to focus on the far more important tasks of the renewable energy and knowledge intensive industry transformations,” it says.