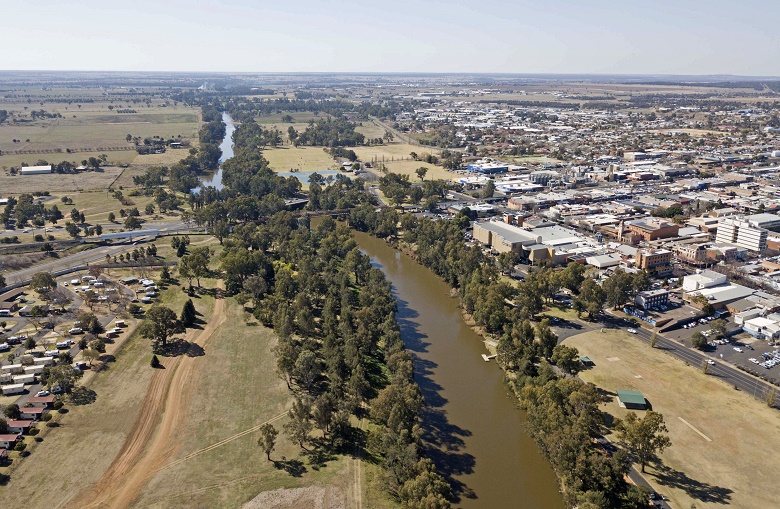 Dubbo is one of seven councils working to attract new residents to regional NSW.

How a group of seven councils is stimulating population growth in NSW’s outer regions in a joint campaign.

Within a matter of months of leaving Sydney and making the move to Tamworth, Neil McLennan was able to purchase a one-bedroom apartment – for just $132,000.

“I never dreamed of being mortgage free before the age of 30,” Mr McLennan tells Government News.

“Leaving Sydney is a big step, but it’s worth it. You reap huge benefits, financially and with quality of life,” he says.

Mr McClennan is one of the faces behind a campaign led by seven of NSW’s regional cities aimed at changing perceptions about life in regional Australia to promote relocation to these regions.

Evocities, which launched in 2010, is the first regional partnership of its kind between councils encouraging capital city residents to live and work in regional NSW.

Chair of Evocities and Albury Mayor Kevin Mack says the partnership is aimed at promoting the benefits of regional population growth.

“We promote regional relocation, advocate for innovative regional policy development, and assist people as they decide to move from an over-populated capital city to an Evocity, where the lifestyle is idyllic, and there are exceptional employment opportunities,” he tells Government News.

Participating councils use combined funds to market the benefits of regional life – from the 47,500 job vacancies that have been promoted on the Evocities job website, to better work-life balance, shorter commutes, affordable housing and a vibrant social and cultural scene.

Watch a video by the campaign:

Cr Mack says the partnership aims to challenge a number of common myths about regional NSW, including the notion there’s a job shortage.

“Together we realise there are barriers to regional relocation and many of those hurdles come from misunderstandings. Working together we’ve been able to break down misconceptions and prove Evocities are prosperous and livable locations,” he said.

“You can move to an Evocity and enjoy a thriving social scene, rewarding career and cosmopolitan city. Evocities are vibrant cities that offer fantastic employment, investment, community and lifestyle opportunities.”

And with housing in regional Australia at a median price of $332,000 compared to Sydney’s whopping $995,000, Cr Mack says housing affordability makes regional life an increasingly attractive.

“The reality is that Sydney is a city of urban sprawl and faces serious logistical issues around housing, transport and affordability. Entrepreneurs, families, retirees and workers are relocating to Evocities because of the growth, affordability and lifestyle benefits,” Cr Mack said.

The campaign has been a success, Cr Mack says, with 3,619 people relocating to Evocity councils and more than 8,000 responses to enquiries, as well as more than two million visits to the jobs website.

The Evocities campaign has flow-on benefits for the participating councils, Cr Mack says.

“By relocating skilled workers to regional NSW, we work towards a strong a robust NSW economy for everyone.”

With state and federal elections fast approaching, Cr Mack says that member councils will continue to lobby for regional growth – so that the benefits of regional relocation can be felt across the state.

“Evocities will play a key role in campaigning for innovative regional policy development, particularly in the areas of population growth, regional relocation schemes and incentives to recruit, train and retain skilled workers in regional cities.”