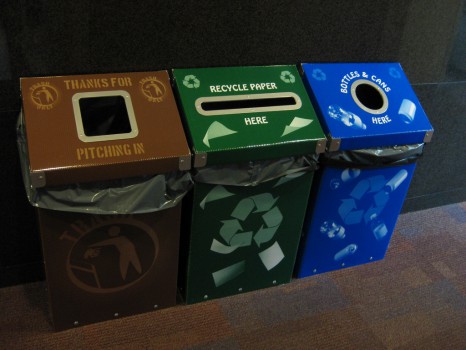 There’s no shortage of awards and prizes for sustainability initiatives, but Sydney’s Randwick City Council has taken out top honours over its state local government peers for its unwavering commitment to a long-term, well-rounded suite of community measures designed to deliver water, waste and energy savings.

The Eastern Suburbs council this week collected the top environmental prize from Local Government New South Wales (LGNSW) for its long haul commitment to a holistic sustainability plan that has reaped more than 150 million litres of saved water, doubling renewable energy generation from 73 kilowatts to almost 150 kilowatts and halving the amount of municipal waste sent to landfill.

The acknowledgement of Randwick’s longer-term approach is an important step forward for councils both in NSW and across Australia because it provides a recognised template which other local governments can draw on a benchmark when drafting their own initiatives.

Randwick has been a keen participant in the wider sustainability movement through the creation of its hallmark ‘Sustaining our City’ initiative back in 2004, which has led to the recognition of its eco-friendly achievements by the Local Government Excellence in the Environment Awards.

A key element of that initiative is that is funded through an environmental levy that has played a significant role in the council’s upgrades to the Coastal Walkway, stormwater reuse programs, new cycling paths, the annual Eco-living Fair and the installation of solar panels on community buildings.

Although council sustainability efforts are a frequent target for criticism by commentators in the tabloid and talkback media, the reality is that they are increasingly appealing to residents and administrators because of the big financial savings they can generate in areas like power consumption and waste management costs.

Key pursuits of Randwick have been improving the rate of recycling by educating local residents and providing permanent electronic waste drop-off and collection points. The council also gives away composting worm farms as part of a community education initiative on reducing food waste.

The council scored yet won another award in the Organics Recovery category for its work in the Compost Revolution, a collaboration between Randwick, Waverley and Woollahra Councils in diverting 905 tonnes of organics from landfill.

However Randwick was by no means the only local government recognised for its efforts.

A community partnership between the Seven Mile Beach Landcare group, local service clubs and Kiama Council, the project has improved the quality of 28.7 hectares of an endangered ecological community at the iconic nature reserve through weeding and replanting so that the littoral rainforest could regenerate through ‘natural succession’ of native vegetation.

Bankstown City Council was given a gong for its Waste Avoidance efforts which created a market from the garden waste it collects under the ‘Wheelie Good’ reuse contract. That initiative uses a tender for the processing of 20,000 tonnes of garden waste that includes a buyback option for mulch and compost that is branded by the council and can be accessed by local residents.

“Riverina Water’s unique and innovative scheme has set a benchmark in the way other council’s think about demand management and has cemented a change for the future,” the LGNSW summary of the prize said.