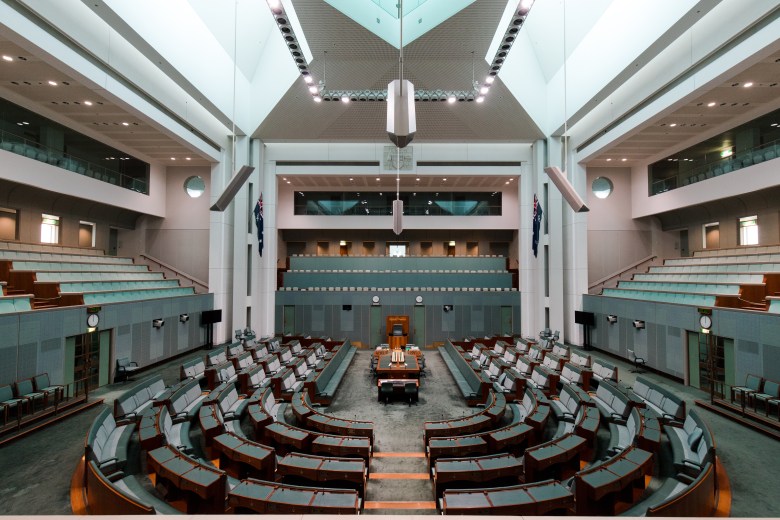 In an unprecedented development, the Liberal leadership spill saw The House of Representatives adjourned last Thursday.

In his first press conference after being elected Liberal leader and Australia’s 30th Prime Minister last Friday, Scott Morrison was keen to focus on his new government’s policy agenda, saying his immediate priority was drought.

But behind the scenes, government staffers and bureaucrats were coming to grips with the reality of yet another abrupt change of Prime Minister – Australia’s fourth since 2010.

“It’s difficult for the bureaucracy or advisors to progress policy outcomes when people’s time and attention is taken up with internal matters,” says Ms Ryan, director of the Institute for Public Policy and Governance at UTS.

She argues there’s an opportunity for media to facilitate a conversation about the practical impacts of such events on policy making and good government, given public servants cannot talk publicly on such matters.

“That does silence an understanding of the implications of these events,” Ms Ryan says.

Laurence Coleman, a former ministerial advisor who lived through Labor’s second leadership spill of 2013, says events like those of last week “are incredibly disruptive to policy making.”

Leadership changes have profound costs in terms of lost productivity, both before and after the event, according to Mr Coleman, who was an advisor to Gillard Government defence minister Stephen Smith.

“A few senior staff will be involved in the machinations, some of the administration staff will keep the paper shuffling but everyone, from assistant advisor to senior advisor level, will essentially be watching the TV,” he says.

The more frequent that leadership challenges happen, the more lost productivity becomes part of the routine, he says.

The loss in productivity continues after the leadership change and impacts policy making as a new cabinet finds its feet, says Mr Coleman, who is now a senior advisor to the vice chancellery at the University of Western Australia.

“You have new advisors and ministers who often don’t know the portfolio, the department or the stakeholders, and may not have engaged in the area in any serious way. The handovers, particularly in less-than-friendly circumstances, are not always complete. You may be starting with a blank sheet of paper and hoping to figure it out and do your best,” says Mr Coleman.

Ms Ryan says the situation is frustrating for those working in public policy:

“It’s very hard to get a head up of steam and work with governments to develop policy, because this week we’re working with a different group of people.”

The leadership changes at the federal level exacerbate the fact Australia has three-year government terms, which are short by international standards, she argues.

“We don’t even seem to get two years out of federal governments at the moment,” she says.

“Most countries have five-year terms at the national level, so us talking about four year terms is not really radical,” Ms Ryan says.

For Andrew Hughes, a leading researcher in political marketing who studies relationships in politics, the impact of frequently dumping Prime Ministers can be seen in the litany of Australia’s unrealised major infrastructure projects.

“You see these projects dragging on for years – the second airport in Sydney, the Melbourne airport rail link, the Perth metro,” says Mr Hughes, a lecturer at the Australian National University.

“Business and community groups have been calling for these issues to be fixed, and the reason they’re not fixed is because of changes in leadership at both state and federal level.”

Mr Hughes says leadership changes impact not just policy development and certainty, but the implementation of major inter-governmental agreements and programs, such as getting national action on Australia’s waste and recycling problems.

“These things are all about relationships, and every time there’s a change in leader the momentum is lost,” he says.

The stress and uncertainty around leadership changes also means there are acute impacts on staffers’ mental health and wellbeing, Mr Coleman says.

“You’re staring down the barrel of losing your work colleagues, potentially losing your own job. You also see your personal policy projects have the potential to crumble in an instant. It’s hard, these staffers work 15 hour days trying to make the country better; there’s a trauma to that kind of upheaval.”

Ways to minimise the disruption

While the rules on changing leaders are matters for political parties, Ms Ryan says it would be useful for them to get a “wider view” from their membership on leadership and portfolio positions.

“That would strengthen democracy by members getting more involved, and it would help stop these events from happening.”

“In other words involve people more systematically in helping government with key policy settings. That enables the establishment of long-term policy positions, which are then less bumped around by things like factions or leadership.”

Discussing potential ways of bringing more stability to policy making, Mr Coleman points to the importance of advice from institutions such as the Productivity Commission or Infrastructure Australia, as well as the merit of the green and white paper process.

“These are essentially documents that have been thoughtfully put together over time, agreed to by a lot of people, that can help ministers and staffers get their heads around things relatively quickly,” he says.

While it’s natural for elected representatives to “limit their horizon to the electoral cycle”, he says bureaucrats need to encourage ministers to think long term in order to “avoid the traps of short-term constant strategy change.”