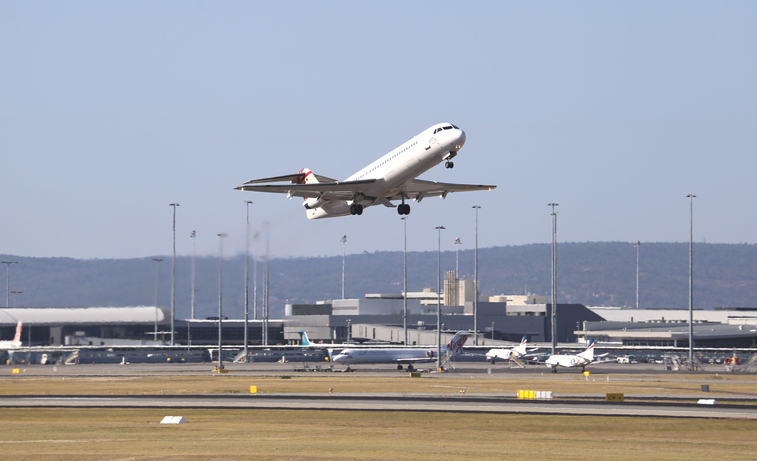 Infrastructure WA says even with capacity upgrades, Perth may need a new airport in the long term.

WA should begin planning by 2032 for a new airport in Perth, the state’s first ever long-term infrastructure strategy says.

“Longer-term planning should consider the planned expansion of Perth Airport and the potential location for a new international airport to cater for long-term growth in demand.”

Infrastructure WA’s strategy, Foundations for a stronger tomorrow, was tabled in parliament on Wednesday.

The strategy provides the first ever outlook of Western Australia’s infrastructure needs over a 20-year horizon and makes 93 recommendations regarding infrastructure planning and investment.

Most of the recommendations are designed to manage future demand and get the most out of existing infrastructure assets, and relate to non-build initiatives.

Recommendations include boosting hydrogen infrastructure, supporting the carbon farming market, and planning for a third desal plant and a potential light rail network for Perth.

The privately-owned Perth Airport is the fourth busiest airport in Australia. The airport says it has sufficient capacity meet projected demand over the next 40 years, but Infrastructure WA says even with proposed capacity upgrades, a new civil aviation airport may be required “in the very long term”.

“Proposed investment by Perth Airport in a third runway and the consolidation of passenger terminals by 2025 will help to ensure it can service WA’s aviation needs for well beyond 20 years,” the report says.

“But extensive lead times are needed for planning and delivering major airport infrastructure, and airport location has significant impacts on surrounding land use and development.

“As such, identifying and protecting suitable sites and corridors now for a new civil aviation airport for Perth represents good long-term planning and further work will need to be progressed.”

Consideration should also be given to a new general aviation airport, currently serviced by Jandakot Airport, which may be required within 20 years, the strategy says.

“The strategy outlines how the digital technology adoption can ensure infrastructure lasts longer and operates more efficiently. It details how refreshing planning processes, policies and systems will streamline and improve effectiveness now and for future generations.”

The recommendations aren’t binding and the government says it will develop a  formal response over the next six weeks.